After Kylie’s dad dies in a freak accident, he leaves her with nothing other than her crazy stepmother, Darla, and the ability to play guitar. When Darla kicks Kylie out and she loses her job all in the same day, she hops a bus to Nashville determined to make her late father’s dreams come true. Waitressing and saving her pennies to record a demo, her big break comes when she’s asked to join a tour going down the tubes with once platinum album-selling country music superstar Trace Corbin. But touring with Trace is hardly a dream come true since he’s pretty much drinking his career down the drain. If Kylie can’t pull Trace out of his rut, he’ll pull her and her dreams down with him.

Running lights on the floor illuminated the interior of the bus just enough to keep her from falling and breaking her neck on her way to the kitchenette. She reached out and felt around for the switch under the cabinets that lit up the area above the sink. She had just flicked it on when Trace’s bedroom door opened.
Her heart stuttered and Kylie froze. If the blonde from the bar was in there with him, Kylie was taking her ass to that Winnebago dressed just as she was.
Taking a few deep breaths to brace herself, she turned. Trace stood in the doorway, his dark shirtless figure making her heart race.
“Couldn’t sleep,” she said softly. He just stared at her, reminding her with his scorching gaze that she was dressed in a thin nightshirt that barely reached her thighs. “No company tonight?” she asked, doing her best to keep her voice light, unaffected.
Trace said nothing as he stalked towards her slowly, the force of his stare backing her against the counter.
“Trace,” she said softly as he came close enough to touch.
Still nothing. Just his eyes burning into hers as his bare chest expanded with each breath. His hair was a mess, like he’d spent all night raking his hands through it, and he was barefoot in jeans. Kylie was pretty sure this was the hottest she’d ever seen him. Heat flooded her body, liquefying the lust between her thighs.
The sensation became so intense it was almost painful. Before she had time to ask him what he was doing, Trace’s strong hands gripped her and lifted her onto the counter. His labored breathing was the only sound she heard as he used those same hands to spread her knees apart. Kylie whimpered when he moved forward to press himself between them.
This was not the Trace Corbin she was used to. This man had pleading eyes and was trembling to the point of vibrating with…want. Or maybe it was need. Kylie wasn’t sure. The muscles holding her rigid relaxed under his warm hands. He trailed them up her thighs, to her hips, finally reaching up and touching her face with gentleness she hadn’t expected him to be capable of. His thumb grazed her bottom lip and it sent a shock straight through her, causing her to arch into him.
“You played those boys tonight.” His quiet ragged voice raked over her.
She couldn’t speak, so she nodded. Yes.
“You been playing me?” He pinned her with an intense stare she struggled to return.
This time she shook her head no.
When he let his hands fall back to her hips, she reached up and placed her fingers in his hair, using the lush brown locks to pull him closer. His head dropped below hers with a soft moan, and she could feel him breathing her in. She took advantage of the opportunity to do the same. Bourbon, aftershave, and that woodsy scent that was all Trace. No cheap perfume from his friend from earlier. Trace’s soft warm lips brushed against her neck, sending another shiver through her with so much force it would’ve jolted her off the counter had he not been holding her in place. “I’m sorry about what happened in Jackson,” he whispered. “God, I’m so sorry.” His voice was thick and raw and broke something inside of her.
She still couldn’t manage to get any words to reach her mouth, so she just gripped him tighter. She’d already forgiven him.
Her mind raced with questions. The most pressing one being, what the hell are we doing? But somehow it didn’t seem important to figure it out right that second. She wanted this, ached for it. She hadn’t even realized how badly until that very moment. Holding him close to her felt right. Safe. As if this was what she had needed all along. This is what would take the pain away.
Trace pulled away, just a few inches, but Kylie moaned her displeasure. She tried to pull him back in, biting her lip when he shook his head. God, those eyes. Take cover, they said, because the storm was here, now. And Kylie wanted nothing more than to hurl herself right into its path.
She didn’t know what he was looking for, but his eyes sought answers in hers that she didn’t have. She didn’t even know what the question was. She just wanted him. Like she had never wanted anything or anyone in her entire life.
Cupping her chin firmly, Trace leaned in and oh, oh she was more than ready for his mouth. But he didn’t kiss her. He pressed his forehead to hers and closed his eyes. “So damn beautiful,” he rasped.
Gripping his hips and pulling him as close as possible, until the only thing keeping them apart was the thin lace of her panties and the denim of his jeans, Kylie let her hand stroke his stubbled cheek. She pulled her legs up to wrap them around his waist and Trace let loose a deep growl that had her throbbing against him. The intimacy of it was like nothing she’d ever experienced, taking her higher than even performing on stage had. Trace Corbin should come with a warning label: highly addictive. 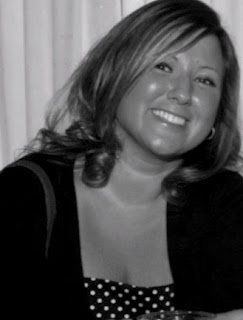 Caisey Quinn is a wearer of cowgirl boots, writer, and avid reader. She is a lover of wine and is addicted to chai tea lattes. She is also the brand spanking new author of several New Adult romances including Girl with Guitar and soon to be released Keep Me Still (which may or may not include spanking).

Caisey is a Gemini, wife, mom, and former high school English teacher living in Birmingham, Alabama, who spends her days chasing a three-year-old and hiding away with her MacBook. She spends her nights writing and is a firm believer that sleep is overrated. Currently she is hard at work on Girl on Tour, the second book in the Kylie Ryans series.