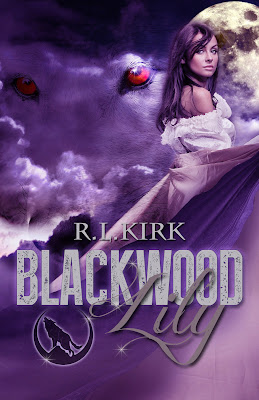 Amidst a war of attrition and a struggle for power

One, Wallace is her perfect idea of a partner, loving, loyal and handsome. The second, Bryn, is her true mate, the man chosen for her by nature and her family.Denial and naivety for nature’s choice, sends her into a rage of independence against the laws of her own destiny, family and her own father.

Wallace Kirk is assigned to protect the beautiful Lily since her birth...

His loyalties are tearing him apart. His own mate, dead, taken from him, fills his thoughts as Lily begs for his attention. She needs him, but not as much as the wolf that prowls in her flesh.

Yet his true mate, the woman chosen for him, denies her destiny. His battle for her and his own pride must overcome her feisty rebellious streak.

Both men must fight for her in the throes of oncoming battle and she must make the right choice. A decision that will shape the war.

R.L. Kirk is the brain child of two authors, working together to bring you urban fantasy novels with a kick.

It has been quite a journey to get here, trying to find the right ingredients. A little action here, a bit of flirting there, an intense storyline with characters you want to be with.
Male characters with bite and females not afraid to go that extra mile.

R, a man with a need to get his world in print. A Yorkshire man, an accent to die for. Loves to work and dream, bringing both together. Loves listening to music and watching Game of Thrones and obsesses with Heisenberg.

L, a woman with writing dreams and ambition. Loves her daughter. Loves to read until she falls asleep. Loves Disneyland and making jewelry. Loves swimming and second hand book shops.