Cover Reveal: Off the Record by Sawyer Bennett 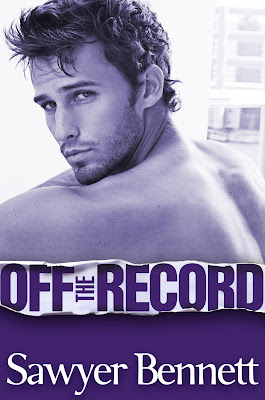 Ever Montgomery suffered the ultimate betrayal by the one man who she should have been able to count on for anything. It has left her hurt, jaded and incapable of forming relationships, but it also means that she can spot a liar a mile away. These traits are earning her a reputation as a reporter with a keen nose for a good story and a complete understanding of the extreme power of the written word.

Lincoln Caldwell, is the hot goalie for the New York Rangers. At twenty-four and a rising star, he works hard and he plays even harder. He’s gorgeous and carefree—the ultimate charmer. Ladies fall at his feet and the single life has never been lived the way Linc Caldwell does it.

When Ever publishes an article about Linc containing information that she received off the record, she finds herself on the receiving end of the athelete’s fury. Rather than basking in the glory of exposing Linc as a shameless user of women, she finds herself at his mercy when he demands and receives retribution. Required by her editor to trail Linc for six weeks, Ever is forced to look at the real Linc Caldwell.

And she just might find that she has misjudged him. 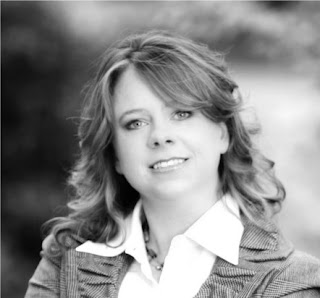 Sawyer Bennett is the pen name for a snarky southern woman and reformed trial lawyer who decided to finally start putting on paper all of the stories that were floating in her head. She is married to a mobster (well, a market researcher) and they have two big, furry dogs who hog the bed. Sawyer would like to report she doesn't have many weakness but can be bribed with a nominal amount of milk chocolate.


VISIT SAWYER BENNETT'S WEBSITE TO VIEW AN INTERVIEW WITH
THE COVER MODEL OF OFF THE RECORD, JAY BYARS!!

http://sawyerbennett.com/2013/05/22/cover-model-jay-byars-way-more-than-just-a-pretty-face/
Posted by Christina @ Biblio Thoughts at 12:00 AM