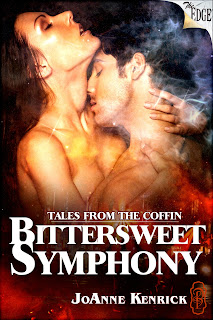 To onlookers, Seren lived the high life in London with her orchestra conductor of a husband. She had a major case of unrequited love for her best friend, though, so their relationship was doomed from the beginning. Divorce papers served, it’s time for her to go back to her hometown on the England-Wales border and face the music.

Owen, now a postman of their little market town, is thrilled to see Seren when he shows up at her doorstep with mail. It’s not long before they’re releasing their pent up lust and love for each other. Within that mail, though, are letters addressed to Seren’s parents. They’re from her ex and hold a truth Seren is too fearful to face. Even with Owen by her side.

Using her tongue, she parted his lips to explore his mouth. His warm, erratic breath and strong hold welcomed her into deeper kisses. Frantic. Desperate. She sank her fingers into the hair curled over his nape and pulled him closer still.
She couldn’t believe it. She was snogging the mud pie-making, tampon-throwing, Spiderman climbing Owen. Judging by his erection prodding at her stomach, he was as thrilled as she.
He roamed her bottom over her clothes. At that moment, she resented her mother’s quilted dressing gown. Breasts were next for his attentive touch, and the plump flesh of her tits squished up with the pressure.
Pulling away, he glared down. “This dressing gown has to go.” He tugged at the knotted rope, loosened the tangled mess, and slipped the granny-styled nuisance to the floor to reveal a red number. Why she’d been wearing it, she’d never know. It wasn’t like she thought anyone would see her in it. But there she was, laced to the nines with her hard nipples poking through.
“Much better.” He leaned in and flicked his tongue over her semi-exposed nub, causing the delicate mesh of her negligee to scrape at the sensitive skin. Another lick. Then he puckered his mouth around her...

Born n bred Brit, JoAnne Kenrick grew up in a wee sea-side town in North Wales and has enjoyed a variety of vocations such as holistic healer, window dresser, and ghost tour guide. Having lived in Wales, England, and Scotland with her dear family, she finally escaped the dull British summers to reside in sunny Australia. After two years, they moved to the States where she endured three harsh winters in Minnesota. She now lives in North Carolina with her husband, two kids and two puddy cats. When they aren't demanding her attention, or jumping on her head, she strums away on the keys of her little laptop, creating worlds and adventures she could only ever dream of. Come across the pond and faraway....with JoAnne Kenrick! Find out more about JoAnne’s work by visiting http://www.joannekenrick.com and get exclusive sneak peeks at her upcoming releases by signing up to her quarterly newsletter here http://tinyletter.com/joannekenrick