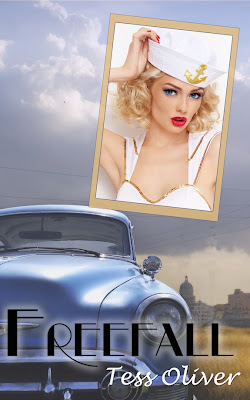 After leaving high school, with a hard won diploma and the title of most likely to break hearts, Alexander “Nix” Pierce has left his wild, out of control years mostly behind him. A small inheritance from his grandfather has given him the funds to open up his tattoo shop, Freefall, and he has started to pull his life together. Aside from trying to keep his best friend, Dray, from killing himself in the fight ring, and his slight obsession with a pin-up model he’s never met, Nix’s life is going smoothly . . . until Scotlyn James, the object of his obsession, walks into his shop.

Ever since a tragic accident killed her family and left her alone in the world, Scotlyn James hasn’t spoken one word. Up until now she didn’t care that she had no way of talking to people. Her awful aunt would never have listened, and Lincoln Hammond the arrogant, selfish man who pulled her from the streets of Los Angeles wouldn’t hear her words if she could speak. But when Lincoln insists she get a tattoo to cover up a scar on her side, Scotlyn meets the artist, Nix Pierce. And now she longs for her voice. Now she has found someone who will hear her.

I could see Nix swallow beneath the collar of his t-shirt. For what seemed like the hundredth time, he rearranged stuff on his tray, and it seemed he had a hard time looking at me.

I’d pushed it too far. I was being way to forward with him, but I couldn’t seem to stop myself. I was not practiced at flirting, and it seemed that I’d been reading his thoughts all wrong. In my state of distress from the car ride, I’d forgotten to take off my sweatshirt. Feeling like a fool for rubbing my foot so suggestively up his leg, I hopped off the table and walked over to the hook on the wall. Now I wanted to get this done and fast.

I unzipped my sweatshirt and slipped it off my shoulders. As I reached up to hang it on the hook, Nix’s stool slid across ­the floor, and before I could lower my hands, his arms snaked around my waist, and he pulled my back against his hard chest. 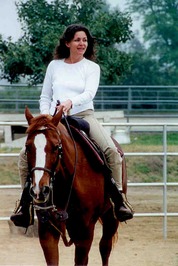 Tess Oliver is a teacher and writer who lives in California with her husband, kids, a small pack of pampered dogs, and the recent addition of three ridiculously cute pygmy goats. She loves horses, chocolate and Jane Austen books. She has a BS of Nutrition Science, and a MA in Curriculum and Instruction. She is also an author published by Barron's Educational Publisher.