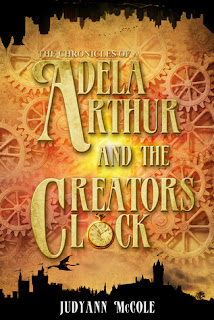 To Who Ever This May Concern;

I wish I could tell you the contents of this book were purely fictional. That I, Adela Arthur, was just a normal sixteen year old from Portland; that dragons, giants, elves and mermaids were just myths.  Legends shared from crazy old grandparents to crazy old grandparents around campfires; after all that is what I used to believe.

I never would have thought they lived on the other side of our mirrors in a world called Cielieu. But they do…

I never would have thought there were humans, better known as Volsin that lived among them with the ability to create light from a single thought.  But there are…

I am the last Arthur and I was brought to the human world after a Volsin, filled with greed, began to strip the light from our kind.

The human world was supposed to be a safe haven… but he’s found us and the only way to stop him is to go back to Cielieu and begin training as a student in the Elpida Castle of Light.

“You look nice,” her grandfather told her as she rushed out in to the kitchen to search for the bus pass.
“Grandpapa you’re blind,” she replied, looking inside the fruit platter.

Despite the fact that she was dressed incredibly plain, something she cared less about seeing as how they were poor. She wasn’t joking, Grandpapa Keane was blind, and to the best of Adela’s knowledge, he had always been so. Luckily, he had impeccable hearing, which made his job as a musical instrument repairer quite easy, but not many people went to the local blind man to repair their guitar.

He chuckled under his breath.

“Yes, but I believe you look nice,” he told her in his dry, low voice.

Grandpapa Keane was a somewhat tall man, with silver gray hair that stopped at a little past his shoulders and a large wrinkle creased his forehead. But what made him truly memorable was his dry, scratchy voice. It sounded like he had a smoke stuck in his lungs, which he most likely did with the amount of cigarettes he went through. Grandpapa Keane always made sure to smoke outside whenever he thought she wasn’t paying attention.

“Thank you. Have you seen my bus pass?” She smiled, leaning into the counter beside him.

“Adela that’s cruel. You know I am blind.” He pulled his pale lips in to a thin line before he was unable to control his laughter.

“Ha-ha very funny. But if I cannot find my pass or wallet, I won’t be able to get to school on time. As much I would love that, I would miss my own surprise party.” Her dark long hair swaying as she moved toward the living room to continue her search.

He tried to deny it.

“There is no party,” he claimed.

“Ok grandpapa.” She knew better than to believe him by now. There was a party, there was always a party. The guest list was short; not many people could fit in their run down home at the edge of town.

“It’s in the car.” He laughed at her as he ate a strip of bacon.

“We don’t have a—Grandpapa you didn’t!” she complained. He just ignored her, dragging himself out of the kitchen and through the front door.

There, sitting comfortably in the weed and fungus covered driveway of their home, was a very old black and blue Honda Civic. The colors suited it well; it looked as though it had taken many beatings in its day. The paint was chipping off on its hood; the tires looked depressed and tired. She ran her fingers over it as if to make sure it was really there. Bits of paint came off at her touch.

Adela smiled as she stared at the car before her. “It’s beautiful…” she told.

They could not afford this; she wasn’t sure how he had managed to even get her anything but a bicycle. That was why it was beautiful.

“I had the boy make sure it was safe.” The boy he spoke of was Adela’s best friend, Hector Pelleas, the smartest teen in all of Ashland, if not all of Oregon. You would not think of him to be the car fixing type, but he just knew things.

“Stop overthinking it and go to where ever it is you go during the day,” he said, throwing her the keys before walking inside.

She did not move, just stood there, shocked. She pulled on the door a few times; it seemed the rust on its outer edges had cemented it closed. When she took a seat the engine roared to life with great force before coughing like it realized it was not the grand car it once was in its prime. The whole car itself shook slightly as if it were a tractor-trailer.

“Hello?” she answered her old cell phone with the half broken flip screen.

“Glove compartment. Now go or I will be forced to drive you myself,” Her grandfather said before hanging up.

Opening the compartment it revealed not only her bus pass, next to her wallet, but it also let out a foul odor. One of which Adela did not even want to know the sources of. She pulled out her license with a frown. It was hopefully the last time that thing ever saw the light of day.

With all the technology in the world you would think they would be able to make the pictures flattering, she thought.

Shaking her head at the run down house in front of her, Adela backed out of the driveway. It may have been the first day of fall but it did not seem that way. She had only made it a few blocks from her home when the skies opened; a full on downpour ensuing as a result. But that was Oregon. One-minute perfectly sunny day and the next you’re under a cold waterfall. This was just one of the ways that today was going to suck. She could feel it; she didn’t know why but she had this odd feeling, like something bad was going to happen.

She parked in the student parking lot and watched as the students of Ashland High ran under their jackets and books to avoid the rain like animals clearing a watering hole. High school was a jungle and something bad always happened in the jungle. She double-checked her zipper on her backpack before putting it over her shoulder. As she zipped up her old tattered jacket, she took a deep breath and prepared herself for the mad dash she was about to take. The minute the door was open she felt the cold water soak her jeans. Closing the door quickly, she ran as fast as she could into the brick building. 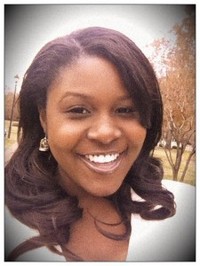 JUDYANN MCCOLE was a senior in high school when she started working on Adela Arthur and the Creator’s Clock during her history class. It started off as short story for a group of young kids she babysat for and grew into an adventure she herself wanted to go on. She is currently attending college in Virginia. Where she hopes to finish the next adventure in Adela Arthur’s life. She begin writing when she was in middle school most of it was just simple poetry but she was inspired by Maya Angelou and even a little of Dr. Seuss.