Question: Would You Pretend to be a Bride-to-Be Just to Try on Bella's Dress?

The Twilight Examiner brought up a great question today: Would you pretend to be a bride-to-be to try on 'Bella's' 'Breaking Dawn' dress? 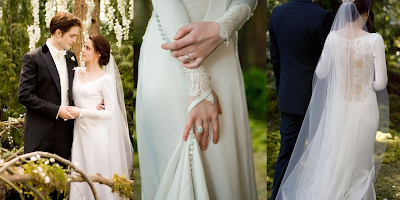 I don't think that I'd go so far as to pretend to be getting married just to try on Bella's dress. Sure it's beautiful and the kind of style I'd love to have my dress be, but I'd want to wait until the actual moment instead of faking it. I think it would be more special to try on a wedding dress (even Bella's dress) when the event is actually going to happen.

Now if I got the chance to try it on and stand next to Edward...that might be a different story. But otherwise, I think it's just going overboard faking it just to try on a dress.
Posted by Christina @ Biblio Thoughts at 4:26 PM No comments:

YA Sisterhood Tournament of Heroines: My Favorite Heroines 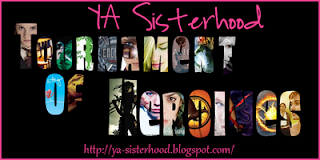 What is the Tournament of Heroines? It's a tournament hosted by YA Sisterhood where our favorite fictional characters (in this case, our favorite heroines) are pitted against each other to see who will rule at the top as #1.

Now there are quite a few really great heroines out there and sometimes it's really hard to choose just one. So I'm going to just list my favorites who are in the tournament: 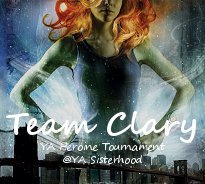 I'm definitely a huge fan of Clary from The Mortal Instruments. Not just because TMI is my favorite book series, either. Clary may not have seemed very strong in the beginning, but over the span of the four books currently out, she's really grown a lot. And, though it totally makes me jealous, she's in love with the irresistible Jace Wayland. So it's really easy to pretend you're her when reading and getting to be with Jace. It's also very easy to identify with her personality. I'd have to say that Clary is definitely #1 so far on my list. 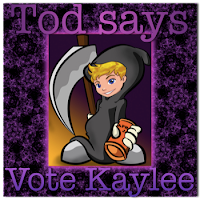 Kaylee from the Soul Screamers series is another of my favorites. Even though she never knew about her ancestry as a bean sidhe and has been through so much (even her own death), she stays strong and defends not only those she loves but everyone she possibly can from the Netherworld nasties always trying to make trouble. That shows a great amount of strength and selflessness. 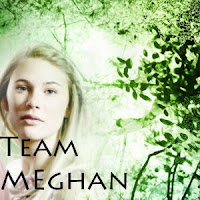 Then there's Meghan from the Iron Fey series. She's totally clueless about who she really is until she travels to the Nevernever. She starts out as the half-breed daughter of the Summer King to eventually becoming the Iron Queen. She battles evil Iron Kings, gets caught in a love triangle with Ash and Puck, and stops two Faery wars from going too far...if that doesn't make you a heroine, I don't know what does. 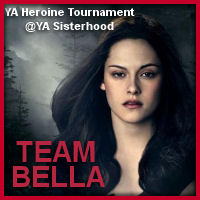 The series that first got me back into reading was the Twilight Saga. There is no way that I could not choose Bella as one of my favorite heroines. She totally takes the whole sparkly vampires thing in stride. She never even really seems that surprised that vampires exist. She's more surprised by the werewolves than anything else. Though she was tempted by Jacob, her loyalty to Edward is amazing. 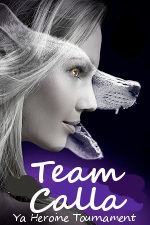 I really love Calla from the Nightshade series. Determined to save her pack from the Keepers, she joins up with the Watchers with Shay by her side. Though she meant to do right by her pack, I don't think she thought enough about what would happen to them when she left. She always tries to do the right thing, and when those actions hurt those she tried to save, it really tears her apart. Selflessness is a great quality in a leader. I can't imagine a better person I'd want to follow. 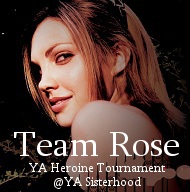 Rose from the Vampire Academy series. I love her attitude and sarcasm. I love how she's so protective of Lissa and others she loves. She'd do anything it took to protect Lissa from a Strigoi. And though her decision to go after Dimitri after he was changed into one was a bit selfish (though it is understandable when you're always putting someone else first), she still eventually came back to Lissa. She's loyal to a fault and that's a quality every best friend should have.


So there are my six favorite heroines in the tournament. It seems most of them start out totally clueless, and eventually grow into their heroine status.

Who are your favorite heroines? Who would you like to see win the tournament?
Posted by Christina @ Biblio Thoughts at 2:44 PM No comments:

I don't want to make this a huge intro, so I'll keep it short.

I actually have two other blogs: Zodiac Book Reviews and Twin Dragons Knowledge- Books & More, but I really wanted to make a blog where I went more in-depth with my thoughts and opinions on books and anything/everything related to them. So that's what I plan on doing with this blog (I hope the name itself brings that across).

Thank you so much for visiting and I hope you enjoy my upcoming posts.

~ Christina
Posted by Christina @ Biblio Thoughts at 1:34 PM No comments: