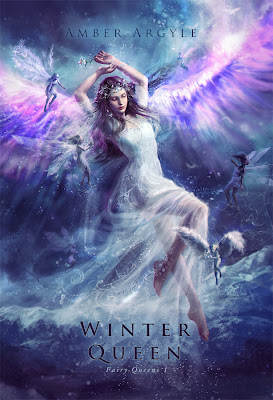 ~Becoming a winter queen will make Ilyenna as cold and cruel and deadly as winter itself, but it might be the only way to save her people from a war they have no hope of winning.~

Mortally wounded during a raid, seventeen-year-old Ilyenna is healed by winter fairies who present her with a seductive offer: become one of them and share their power over winter. But that power comes with a price. If she accepts, she will become a force of nature, lose her humanity, and abandon her family.

Unwilling to pay such a high price, Ilyenna is enslaved by the one of the invaders, Darrien. While in captivity, she learns the attack wasn’t just a simple raid but part of a larger plot to overthrow her entire nation.

With the enemy stealing over the mountains and Darrien coming to take her to his bed, Ilyenna must decide whether to resurrect the power the fairies left behind. Doing so will allow her to defeat Darrien and the other invaders, but if she embraces winter, she will lose herself to that destroying power—forever. 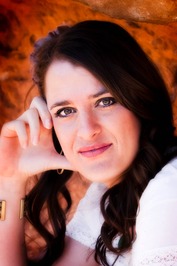 Amber Argyle grew up with three brothers on a cattle ranch in the Rocky Mountains. She spent hours riding horses, roaming the mountains, and playing in her family’s creepy barn. This environment fueled her imagination for writing high fantasy.

She has worked as a short order cook, janitor, and staff member in a mental institution. All of which has given her great insight into the human condition and has made for some unique characters.

She received her bachelor’s degree in English and Physical Education from Utah State Uiversity.

She currently resides in Utah with her husband and three small children.