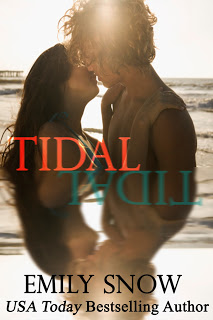 Now that Willow Avery is out of rehab, she's got one chance left to prove herself before she’s officially on every producer’s shit list. At least, that's what her parents and agent are claiming. She doesn't really give a damn if she never makes another movie or not—she just wants to get on with her life, get back to her friends, and find her next escape. But Willow is broke. And whether she likes it or not, acting is the only job she knows how to do.

When she accepts the lead in a beach drama, Willow finds herself in Hawaii. And in Hawaii, she finds Cooper, the gorgeous surfer hired to train her for her new role. With the bluest eyes she’s ever seen and the sexiest Australian accent she’s ever heard, Cooper’s different from the men she’s used to. He doesn’t want to use her. And he refuses to let her fail. But when an old friend re-enters Willow’s life—a friend whose toxicity she’s been drawn to time and time before and whose presence brings about the painful memories she's tried so hard to suppress—Willow will have to choose between the girl she was and the person she’s becoming. The lifestyle that helps her forget the pain and the man she’s falling hard for.

Substance Abuse and the Entertainment Industry

I’m a huge fan of reading the news online. When I wake up each morning and turn on my computer, Yahoo News and Google News are two of the first sites that I check, even before I look at Facebook or Twitter (I know, it’s shocking). Though I try to avoid the entertainment section on Google and OMG! on Yahoo, it’s impossible. I love movies and music, so naturally, I want to see what my favorite stars are up to.

Seven times out of ten, there’s an article about someone in the entertainment industry currently under scrutiny because of substance abuse and most of those time, it’s a star we’ve read about so many times before.

You guys, this breaks my heart.

I came up with the idea for TIDAL a few days after I skimmed over an article about an actress I was a fan of when I was a kid. She was on my favorite comedy sketch show on Nickelodeon, and for the second or third time this year, I was reading about her driving drunk. So I asked myself, “What if there was this actress with a very public substance abuse problem?” Yeah, I know, there are unfortunately quite a few, but then I asked myself one additional question:

“What happened to that actress to cause that problem?”

That’s when Willow Avery, my main character, was born. Because even though we swear that we’re tired of reading about a star’s latest court scandal or their most recent all-nighter or what they’re wearing while in rehab, we still find ourselves clicking on the newest articles and reading. Willow, like so many people who aren’t celebrities, has a serious problem. Willow also has a past, and a secret, that heavily contributes to her issues, and I think that’s easy to forget when it comes to the entertainment industry and substance abuse.

They’re human (I know, I know, I sound like Chris Crocker).

Just today there was an article about one of my favorite musicians who passed away last year due to a drug overdose on Yahoo’s front page. This time, I didn’t click on it.

Thank you so much Christina for having me on your blog today, and for being a part of the TIDAL blog tour. You rock!