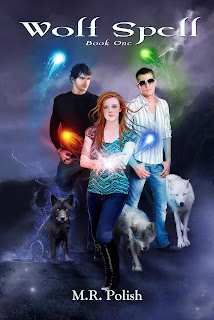 With a death starts a new beginning...
Eighteen-year-old Esmerelda thinks she’s just a normal girl, but all of that changes the day of her mom’s funeral, when a warlock, intent on using her special powers, kidnaps her. Powers she didn’t know existed. Thrown in the middle of a magical battle, Es struggles to learn her magic while fleeing both vampires and warlocks, at the same time, hunting for the witches that can help defeat her adversary. The only problem is that they are dead.
Thankfully, she has the help of Jarak—her Guardian—who quickly captures her heart, but she wonders if she can win his? Just when she thinks Jarak is the one for her, Ian appears with daggers drawn to save Es from a vampire attack. Ian is cocky and rude, but there is something magnetic about him—something that attracts her to him. With her heart torn between two men, she faces the foes that are out for her blood. Can Es do the unthinkable and awaken them from their graves before time runs out?

Available on Amazon, and Barnes and Noble

Join author M.R. Polish as we celebrate the launch of her first book Wolf Spell! We'll be partying it up Thursday January 3rd from 1-5 pst, and we'll have tons of fun games and prizes.


Hope to see you all there!!

Brought to you by the Release Day Diva
Posted by Christina @ Biblio Thoughts at 12:00 AM