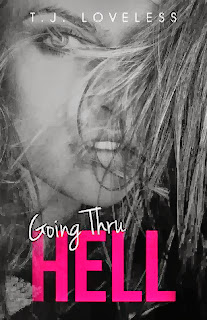 Kylie sees actions and consequences as bright, shining timelines in her head. Born with the power to gather the strings and braid them into a new chain of events, she is the weapon of choice for many pantheons in their never ending wars. But using the ability requires fuel, and for a mortal, it means a piece of her soul.

One Mesopotamian goddess, the only forsaken Valkyrie, and a rogue, immortal, Berserker ally with Kylie. Constant harassment forces the group to take drastic action, and go on the offensive. She must braid time to save friends, and herself, as the gods drive them into situations in which she must choose: braid time, save her friends, and lose pieces of her mortal soul, or become slave to the pantheon of her choice.

Deception by an old friend sends Kylie fleeing to her parents’ home, where she hid her son, Riot. She’s too late, the gods found Riot and hold him hostage. Searching for him, Kylie experiences the most devastating betrayal of all.

Kylie faces her worst nightmare: kill a friend and permanently hide Riot, leaving him motherless, or become a slave in exchange for his safety, leaving her soulless and insane.

If only the gods allowed for personal choice.

The last one disappeared, leaving Aki to stand in the middle, turning slowly, the image of a grizzly bear superimposed over his form. He fell forward, hands out to catch himself. Blood splashed upwards in a graceful and grotesque arc, covering his upper body and face. He sat on his feet, sword laid carefully over his thighs, chin resting on the massive chest.
“Do not mock me,” his voice low and tight.
“Mocking you? Me? Nooo. I genuinely disdain you and all you stand for.” The threads vibrated, the need to braid becoming almost impossible to resist. The secondary ability rushed to the surface of my skin.
Come on, you big bastard, touch me, I thought.
“Do not doubt that I will hurt you for such disrespect!” Spittle landed on my cheek.
“Can't disrespect what I never respected in the first place. Thought you guys were supposed to have a superior intellect.” My palms began to melt the plastic ties.
Come on, come on, before I lose control.
His hand wrapped around my throat and squeezed. My wrists popped apart and I grabbed his forearm, the power sliding over him as the heat from my palms burned his skin. He jerked, but it was too late. 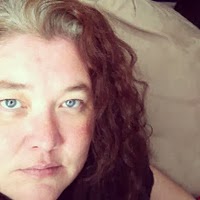 T.J. Loveless has been reading and writing stories since the fourth grade. She writes predominantly in the Spec Fic genres. A former copy/content editor at a small pub house, she now freelances at Cliffhanger Editing.

She lives with The Writing Zoo, a Hubby who prefers her mood when writing, and a teenager who loves to tells stories of her mother on the floor trying to visualize "legs all akimbo" and how Writing Momma has long, often yelling, conversations with the computer screen.