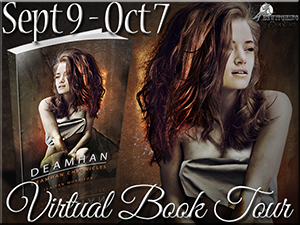 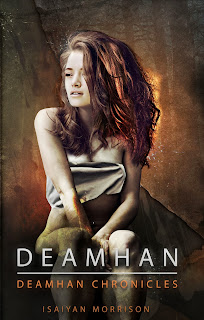 Summary: Her soft golden skin, her warm smile…these are the only images Veronica Austin has left of her mother who disappeared without a trace twenty years ago on the streets of Minneapolis while researching the Ramanga, the Lamia, the Metusba, and the Lugat. Known only as the Deamhan, they are a different breed from the modern bloodsucking vampire.

A stranger to this world, Veronica’s search for the truth about her mother’s unexplained disappearance takes her into their sinister and precarious world. She gains the trust of the only other human familiar with the Deamhan lifestyle. With his help she finds not only can the Deamhan not be trusted but it’s her own father, president of a ruthful organization of researchers, who has diabolically maintained that distrust. 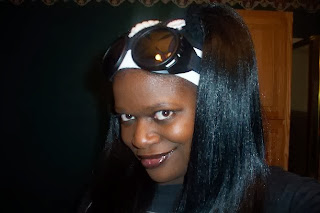 An avid gamer, writer, and lover of history, Isaiyan Morrison was born and raised in Minnesota. She moved to San Diego, California while in the Navy. After serving four years of active duty, she moved to Los Angeles.

After a few years, she moved back to Minnesota where she started to pursue her dream to be an author.

Besides writing, she also likes to read, surf the internet, watch movies, and play video games. She likes warm drinks, pico de gallo, and her love for cilantro is legendary.

At one point she was sponsored to participate in video game tournaments. During that time she traveled to Canada, Nevada, New York, Pennsylvania, Florida, Iowa, Oklahoma, and Caribbean.

Her novel Deamhan, the first book in the Deamhan series, was accepted for publication by Rainstorm Press for release in mid 2013. She’s currently in talks to have the second book Sensual Appetite published by the same company.

Other novels the author has completed are The Carriers (Sphere Episode One,) The Bond (Sphere, Episode Two,) and Old Farmer’s Road to name a few.