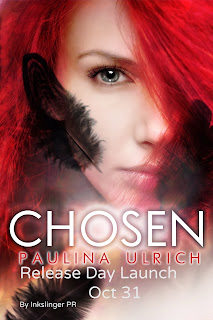 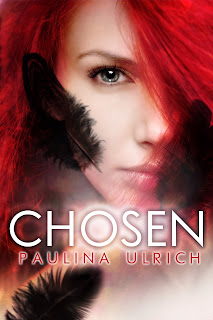 Nothing can stand in the way of outspoken, rule-breaker-extraordinaire; Kaddy Richston...except destiny. Born with a spitfire personality and a take-no-nonsense attitude, Kaddy set her sights on being in a rock band and leaving her small Wyoming town along with the painful memories of her past. Kaddy knew she was a freak show with wildly colored hair and piercing gray eyes but was determined to do whatever it took to depart her broken childhood and make her own way.

But destiny had other plans for her.

The seemingly observant and mysterious Cole Huntington enters her life and becomes the bump in the road Kaddy is trying to pave for her future. Striking blue eyes, features to make any girl swoon, he's everything but the new-to-town bad boy. Calm, cool, and always collected, he plans on unraveling every one of Kaddy's dark secrets.

Hating him from the start and trying to fight her insane attraction to him, Kaddy is determined to undermine whatever intentions he has until she learns of a destiny she never asked for. Getting throw into a battle that's been raging for more than a thousand years, the fate of the world lies in Kaddy's hands as she learned just how different she is. The only person she can turn to for answers is the last person she'd want help from: the frustratingly attractive; Cole Huntington, who seemed to dislike her rule-breaking as much as she dislikes his rule-following.

“Kaddy, wait.” I heard Mike trailing me as I turned out of the Wheel Barrel.

I pressed a hand to my temple and sighed. “Yeah?”

“You okay? I know you didn’t get a lot of sleep last night.” Mike scratched the back of his head and looked down at me, worried. “Maybe some lunch will help.”

“What I need is sleep, and what needs to happen is for me to stop having these stupid night terrors.” I leaned back against the hot brick building for a moment.

“You can’t help it. It’s not your fault.” Mike leaned on his shoulder next to me, his hands deep in his apron pockets.

“I know, but I hate it. Why can’t they stop?” I smacked my hand to my forehead and sighed. Against my palm, my skin felt too warm. Was I getting sick? Great. It was the last thing I needed. “Do I feel warm to you?” I dropped my hand and looked over at Mike, giving him permission to touch me with a simple confirmation from my eyes.

Slowly raising his arm, the back of his hand pressed against my cheek. “Damn, Kaddy. You’re burning up! Do you feel all right?”

I shrugged. I did feel all right, just a little warm. “I feel fine. I need some sleep. Promise to plan on going to bed early tonight?” I doubted he would keep this promise. He and I always stayed up late writing music.

Mike got a playful glint in his eye. “You know I’m a night owl. No promises there.”

I sighed and rolled my eyes. “We both are.”

Mike still had his hand pressed against my cheek until it shifted up to tug his gray beanie down on my forehead. “Maybe it’s just my awesome hat that’s making you overheat. Who wears a beanie in August?” he joked and I playfully scowled at him as I readjusted the knitted beanie.

“Oh, I’m sure that’s it,” I laughed and gave him a gentle punch on the arm.

“Whoa.” He took a step back. “You been working out or something? That hurt.” Mike held his upper arm like I had socked it with everything I had. I stood there waiting with my “really?” look and raised my eyebrows in anticipation for his mischievous face to appear. If Mike was anything, he was a jokester. Just like I expected, a few seconds later, he cracked a smile on his lips and started laughing.

“You always think your little jokes are hilarious!” Even when I rolled my eyes, I couldn’t stop his infectious laughter from causing me to laugh.

“Kadster, we know I tell the best jokes. I eat sarcasm for breakfast every day.” He winked and wrapped his arm around my shoulders. I didn’t shy from his touch.

“So do I, but no one but you finds anything I say funny.” I looked up at him as he walked me to the corner of the block, the direction of home. Only Mike called me the Kadster. Actually, he had a lot of nicknames for me and I didn’t mind it. He was one of the few I would let getaway with calling me things other than my name.

“It’s because everyone is just jealous of the awesome friendship we’ve had since we were eight. Haters gonna hate.” He shrugged and his other hand pretended to dust off his shoulder. Mike was the only friend I counted on for anything. Long ago, we made a pact, and so far, he’s kept every word he promised to keep.

I love to write because if I didn’t then I wouldn’t be telling stories, I wouldn’t have gotten a degree in creative writing, and my insanely fluffy cat wouldn’t be “assisting” my writing by laying on the keyboard. I am the author of the Flightless Bird series (Flightless Bird, Broken Wings, Fair Feathered, & Timeless Sky) and the Fighting Fate series (Chosen). I was raised to big dream or don’t dream at all and my highly active imagination has been the cause behind many of my stories. I write because life wouldn't be as fun without the occasional break or two from reality. With my cat and a glass of iced tea nearby you can find me weaving stories and when I’m not writing, I’m out buying way too many cute shoes.