Press Release: A Witch's Tale: Stuff and Things and What Boredom Brings

For release on Saturday, October 5th:

Please join us as Rue Volley re-releases her Amazon bestselling Blood and Light Vampire Series. With all new covers and the same world-rocking vampire story beneath them, if you haven't read them yet, this is your chance! The boxed set will retail on Amazon for only $5.99. That's all six books, plus two additional prequel novellas, over 2800 pages of awesome vampires with bite! 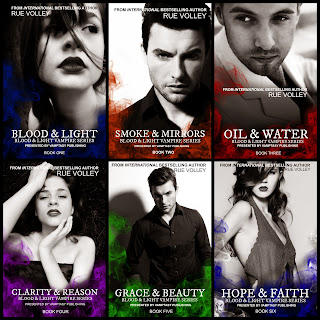 Six Books, one epic journey. Make their story your own. 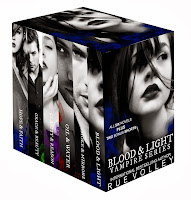 Rue lives in the quiet little town of Calvary, Minnesota. It is nestled along the Great Lakes and surrounded in lush forests. A home, a safe place to be, or so she thought.

Rue is planning her future and trying to navigate school and all other aspects of her life. Then her Mother falls ill. This sends Rue spiraling as she feels abandoned and without guidance. Attempting to make things better, Kai, Rue's only sibling, invites her to a party that will change the course of her life forever.

What would you do if you suddenly realized that your entire life had been a lie? That those who loved you the most had fabricated a world to protect you from a damning truth?

"...I'm sure we all know tons of books about vampires and maybe, you are just tired of them. Well, don't be. Rue Volley, the author of this series, introduces us to a new kind of vampire..." ~Alaiel Kreuz (Goodreads Reviewer) 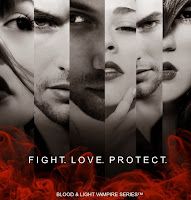 In book two the story takes a much darker turn. The rogue vampires are introduced as they try to destroy everything Rue holds dear. Rue is fighting her way back to reality after being abducted and forced to enter Valon, the ancient city to all vampires. Dark forces close in all around her as new enemies threaten to take everything she has ever known.

Epic battles rage, new enemies are uncovered, and the deepest of loves may have to be sacrificed for survival.

"What did I think? Well I will tell you dear goodreads. I thought it was awesome. I laughed (really hard). I cried...almost as hard. Then ending...ohhh tore my freakin heart out... " ~Lori Parker (Goodreads Reviewer) 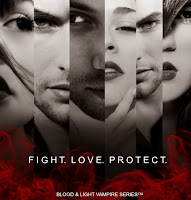 We join Rue as she wakes up in a foreign place. She does not remember who she, how she got there or why her heart aches so badly. She also has a very bad feeling that if she gets well, something terrible will come of it. She struggles to get a grip on reality as new friends try their best to earn her trust, but old enemies bring with them memories of a life she has all but forgotten.

Once again she finds herself in a battle of epic proportions, only this time her greatest enemy is her own mind and what it will accept as truth.

Will she allow herself to move forward? or, will she fade into memory once and for all?

" Ms. Rue Volley has enthralled me with this series! She has woven a magical well written tale with characters that steal your heart. But don't think it's all rainbows and unicorns! Ms.Volley can write evil just as well, instantly making you want those characters dead! eaten preferably lol!!!" ~Claire (Goodreads Reviewer) 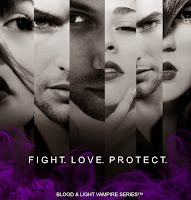 As Rue accepts the tragedies that have befallen her family, she finds it almost impossible to allow love back into her heart. Everyday she is maturing, coming closer to becoming a true protector. Closer to understanding her power and what she truly is. All the while some old enemies have now become strong allies, and some allies are not what they seemed to be.

Will she love again?

Will she take the final steps and accept her powers?

Or will she force them back into the books, locking them away forever?

"This was another great addition to the series. There are some amazing plot twists and turns that will keep everyone interested, I couldn't put it down. I love that this story line is so different from the other vampire books out there, and I absolutely cannot wait to see what happens in the next book. Rue transports you to her own little world, and I don't want to leave!" ~Kim (Goodreads Reviewer) 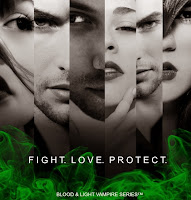 In book five the story takes an even stranger turn for Rue and all of the characters you have grown to love.

Jonathan suffers with a loss of such great magnitude he may never recover from it. Rue and Joshua try to cope with an ever growing Gracie. Theo try's to distract himself from his growing need for Jonah.

Suddenly a darkness arises that forces them to become the family they were always destined to be.

"Each and every one of the B&L books are far more worthy then just the 5 stars they allow but, Grace & beauty was my favorite. I laughed, I cried, and I've come to love and care about these characters as If they were family." ~Jade Mira (Goodreads Reviewer) 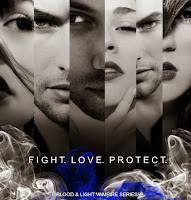 Rue faces the biggest obstacle in her path yet...herself.

Her power is so immense that she has weaved a safety net for everyone around her. She has created a new reality to ignore the truth. It is so impenetrable that she may not even be able to destroy it.

Their one true enemy has discovered their location after being buried in the earth for decades. This new threat will join forces with anyone who harbors ill will towards Rue and her family.

Rue must wake up to reality and set things right.

Will she discover her true destiny in time?

*as a bonus to fans this final book in the series has two prequels added on at the end of the book. "Birth of a Vampire" and "Will and Wonder"*

"Rue has done it again leaving this series ending perfectly. I loved this series and almost feel like reading it again now. The last book definitely put a great prospective on everything and the ending was great. Everyone must read this series!! ~Christine Mathisen (Goodreads Reviewer)


Excerpt from Book 2 "Smoke and Mirrors":


"What the hell are you doing here?"

"Oh shut up, we have to figure out how to get off this thing."

We slid a little and I squeezed my legs against his sides.

"Give it to me." He said as he lifted his hand. I placed it in his hand and he quickly sliced it across my palm.

"Ouch!" I said. He grinned at me as we slid a little more down the mirror.

I pressed my hand against his mouth and I felt his lips on my skin. The sudden hum in my body was an unneeded distraction. I tightened my legs as I straddled him and he groaned. He pulled my hand away from his mouth, smiling up at me.

"I can't help it!" I cried out as I tightly wrapped my arms around his neck , we started to slide down further and further.

He grunted as he tried his best to push himself back up with me on top of him.

"This is not the way I wanted our first time to be." he said with a laugh.

"Oh my God, shut up!" I yelled as he did nothing but aggravate me as usual. 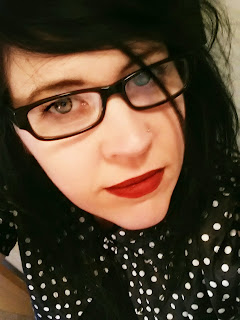 Rue Volley resides on earth with her partner in crime, Von Erik and their two pugs, Mobacca and Oshi Wan Konobi. She is a descendant of the Blackfoot Indians and is very proud of her heritage. She is a bestselling author with over 30 books published with Crushing Hearts and Black Butterfly publishing, Hot Ink Press and Vamptasy Publishing. She writes YA, adult fiction and hardcore erotic. Her writing style has been described as a perfect blend of Tarantino and David Lynch. It is action packed, extremely twisted and full of perfected characters that jump right off of the page. Rue is a leading advocate for the Arts as she has been for almost 20 years now, hosting a Radio Station and magazine dedicated to Indie Artists and helping them get more exposure. She also plays guitar and violin and will sing occasionally if you can bribe her with chocolate.