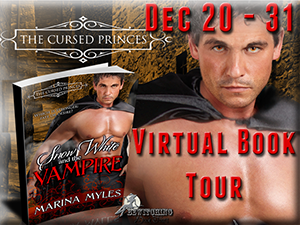 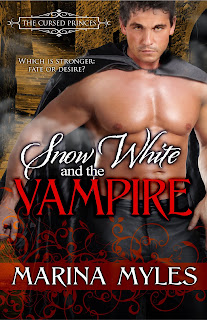 Alba Spencer thought her past in Romania and the dark magic that haunted it was behind her forever. She is one of the first female barristers now, safe in London. But London has its dark side, too. A man called the Ripper stalks the midnight streets. There are rumors that her hated stepmother has found her again, suggestions that the nightmares of her childhood are returning. And with them appears the cursed Gypsy boy she once loved, grown into a man more seductive and more terrifying than she ever could have dreamed…

Dimitri Grigorescu has become a surgeon, a gentleman—and a vampire. The lusts that drive his body are scarcely under control, and even he does not truly know what he is capable of. To fight evil and confusion, Alba must rely only on her wits—and a desire that overwhelms her doubts…

“I’m very grateful for Teddy’s friendship—and for the opportunity to be introduced to the people he’s acquainted with.” The surgeon lowered his tone. “People like you, Miss Spencer.”
His words encouraged the spattering of nervous blotches across Alba’s chest. “You’re too kind,” she murmured. “So you find this city a pleasant enough place to live?”
“Pleasant but for the brutal murderer who lurks in the Whitechapel District.”
“Are you referring to the killer the newspapers are calling ‘Leather Apron’?” she asked.
He evaluated her with interest yet said nothing.
“I understand this monster killed two unfortunates by ripping their abdomens wide open,” she went on, making no attempt to sugarcoat her words since she was speaking with a surgeon.
“Where did you hear that, Miss Spencer?”
“It said so in the penny dreadfuls. Oh, not that I read them frequently…”
Drake raised an eyebrow.
What am I saying? She didn’t normally babble on so, but this man had lit a fire beneath her, though she couldn’t say why.
To her great relief, the doctor didn’t seem to notice her jittering nerves. “Nasty business, preying on those unknowing women,” said. “I can’t imagine a man treating any female that way. After all, women are beautiful creatures to be coddled. Admired. Cherished.”
“That’s a lovely thought.” Alba repressed a girlish sigh. “It’s a shame the killer does not share your school of thought.”

Drake wrapped his hands around his back. “I daresay the police believe this murderer will strike again.”
“I fear that is why fewer people came to your party this evening than Teddy anticipated. The city is gripped with fear.” She paused to take a sip of champagne. “Perhaps we should talk about something more uplifting than murder.”
“Yes.” The surgeon took her glass and deposited it on a servant’s tray. With his hand pressed to the small of her back, he guided her to a quiet corner of the drawing room. As she turned to face him, she could smell hot liquor fumes and the scent of expensive aftershave. Surprisingly, she found that she liked the mixture of aromas.
“Teddy tells me you hail from Romania as well, Miss Spencer. What are the chances of that?”
“Slim, I daresay.”
“You’ve lost a great deal of your accent, but if I had to guess, you are from Bucharest.”
“I am.” How did he know?

His features darkened. “It appears we were destined to meet. And since we have, I’d be fascinated to know more about you.”
Although Alba was taken aback by his boldness, nerves propelled her to continue their conversation in a blabbering rush. “I came to London when I was fourteen—to live with a family friend who runs the dormitory apartments of the Royal Opera’s corps de ballet. Just this year, I graduated from law school. That’s where Teddy and I met—at King’s College. Recently, I’ve been assisting Teddy’s father, Harold Rollingsworth, in the hopes that—”
“—you will become London’s first female barrister.” Drake completed her thought. Tilting his head to the side, he gazed at her with admiration. “Lovely, intelligent, and a pioneer. You are a rare gem, Miss Spencer.”
The Romanian’s hungry stare closed the small distance between them. Alba’s cheeks burned. We hardly know one another!
Desperate to steer the conversation away from herself, she cleared her throat. “I have yet to wish you a happy birthday, Dr. Griffin.”
“Thank you.” The guest of honor did a cordial bow. “But ‘Griffin’ is merely my professional name.”
Alba frowned. “What is your real name?”
“Dimitri Grigorescu.”
Alba’s limbs froze and the room started to take on a slow whirl. “That’s curious,” she murmured. “I knew someone by that name in Romania.”
“And I once knew a girl named Alba Zǎpǎda,” Dimitri said as a curtain of desire passed over his face. “You.”
His lips thinned into a familiar smile and Alba’s hand flew to her gaping mouth. Curse my poor eyesight! Now that she was this close to him she knew precisely who he was: Dimitri, the handsome Gypsy boy she’d fallen in love with at the tender age of fourteen.
Words escaped her while she gasped for air.
“Life is too short to be without the ones you love,” Dimitri purred. “Don’t you think?”
All at once, memories of the summer Alba spent in the Balkan countryside flashed through her mind:
The first kiss she and Dimitri shared amid a field of white poppies.
Simona, Dimitri’s raven-haired friend.
And the terrifying night the three of them spent in a haunted graveyard.
Her blood raced and the room spun in faster circles.
“I’ve been waiting an eternity to return this to you,” Dimiti whispered as he slipped a dried white poppy into her hand.
“But I thought you were dead,” she said before everything went black. 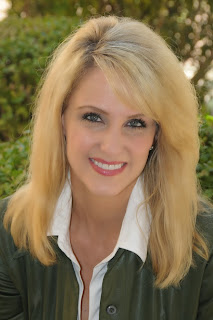 Although Marina Myles lives under the sunny skies of Arizona, she would reside in a historic manor house in foggy England if she had her way. Her love of books began as soon as she read her first fairy tale and eventually led to degrees in English Literature and Communications. Now, with her loyal Maltese close by, she relishes the hours she gets to escape into worlds filled with fiery—but not easily attained—love affairs.

She’s busy being a wife and a mother, but she is never too busy to hear from her amazing readers.