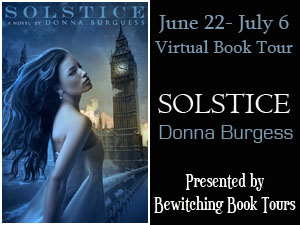 I'd like to thank Roxanne @ Bewitching Book Tours for giving me this opportunity to participate in the SOLSTICE Blog Tour. 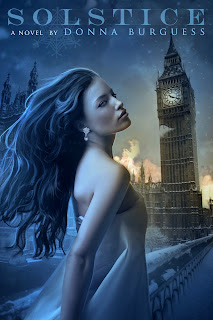 On the eve of winter Solstice, a massive flash envelopes the Earth and then there is nothing. The sun no longer shines and civilization is plunged into unending darkness. Those exposed to the mysterious flash have changed—they have become bloodthirsty, cunning, and determined to devour anyone who is not infected. They are Ragers.

In Sweden, a group of uneasy travelers hears a broken broadcast. There is hope. Something called Sanctuary waits, but it is thousands of miles away, somewhere on the shores of the British Isles.

Meanwhile, in a London supermarket, a high school English teacher from the States finds himself stranded along with a handful of students on a senior trip. Outside, hoards of hungry Ragers await, ready to tear them limb from limb. Their only hope is to find Sanctuary.

Solstice is a tale of hope, terror, survival, and finding love at the end of the World. 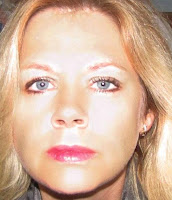 Donna Burgess lives with her husband, daughter, son, many cats and one goofy Golden Retriever in Pawleys Island, South Carolina. When she is not writing, she can be found on her longboard, behind a good book or on the soccer field. She is the president of E-Volve Books. She holds a B.A. in English and a B.A. in Journalism and is currently pursuing her M.F.A. in Creative Writing.