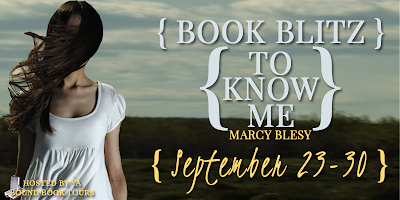 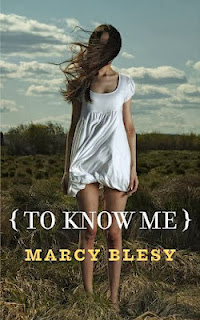 To Know Me
by Marcy Blesy

Seventeen-year-old Mae is convinced that the consequences of her poor decisions have caused the untimely deaths of her dad, sister Laura, and grandma who all die within a year, no matter how ludicrous her thoughts seem to those she loves. The solution? Run away so no one else she cares for gets hurt (even if she has to keep a GPS tracker on her phone at all times).

Desperate to earn her diploma and salvage something of her life, she transfers schools when people get too close. After switching to Woodson Prep with only two months to go until graduation, Mae keeps her goals in sight. But when she meets Ty, the "perfect boy" with his own secrets and a relentless interest in Mae, she must decide if she can stop running from the past and still protect those she loves.

To know me is to die. I mean, to really know me, like when you know I can run for hours without so much as a water break, or that cinnamon sugar doughnuts are my weakness, or that my dad gave me a whole different name. But I don’t let people get that close. I’ve learned the hard way. Too many people die in my life. Grandma said I was only unlucky. “It’s not your fault all those people you love die. It’s just bad luck that you’ve had to deal with grief so young. Not fair at all,” she’d said. That was right before she died on my seventeenth birthday and right after my sister Laura, my dad, and my dog Petie.

I direct Mom Number 4 toward the front door of the high school. I always get a new mom when I transfer schools. I have yet to find a school that allows a seventeen-year-old to register herself. I wanted to graduate in Ohio, but too many people started asking questions. They weren’t important questions. Just stuff like, “How come I can’t ever come over to your house?” or “Why won’t you ever talk about yourself?” or when I do, “That’s not what you told so-and-so.” I had to leave. To let people into my life isn’t an option anymore. But, there’re no worries anyone will start to ask questions here. It’s already March. That diploma is as good as mine. Then I can enroll in online college and try to salvage something of my pathetic life. 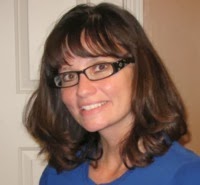 I am a former elementary school teacher and currently run an elementary library which is the perfect job for my interests.

In 2012 my debut picture book was released by Bronze Man Books. Am I Like My Daddy? follows the journey of a child who seeks to learn if she is anything like the dad who died when she was young.

My middle grade novel, Confessions of a Corn Kid, as well a YA short story trilogy, The Lexie and Rhett Chronicles, and To Know Me, were released direct to kindle in 2013.

I am a great eavesdropper and person profiler which proves a fabulous advantage for a writer. As my favorite shirt says, Be careful or you’ll end up in my novel.