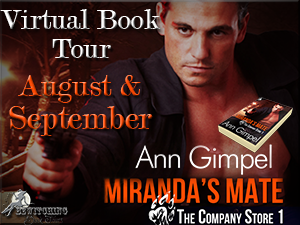 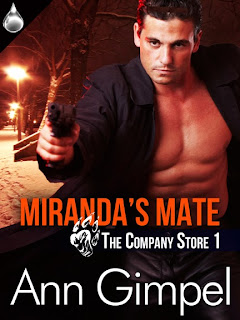 Tagline(s): Work for The Company is nothing if not covert. Miranda’s life is on the line. Will Garen risk exposure to save her?

Summary: As an agent for an international security firm, Miranda has her hands full. Between secretly lusting after her boss, Garen, and making sure the dirty little secret about her double life as a wolf shifter remains hidden, she’s still a virgin at nearly thirty.

Sent to eliminate the head of a human trafficking organization in Amsterdam, she barely escapes with her life. Injured, frightened, and under attack the second her private jet lands in the U.S., she doesn’t know where to turn.

Garen’s been watching Miranda just as surreptitiously as she’s been eying him. Unfortunately, the fact that she works for him is a showstopper. Plus, Garen has a few secrets of his own that have kept him single. He’s frantic once he discovers his oldest friend is besotted with Miranda, too. When she insists on heading up a covert operation, he’s worried sick, but can’t come up with a plausible reason to stop her.

Miranda’s life is on the line. Will Garen risk exposure to save her? 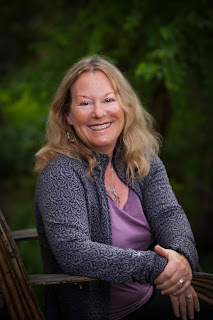 Ann Gimpel is a clinical psychologist, with a Jungian bent. Avocations include mountaineering, skiing, wilderness photography and, of course, writing. A lifelong aficionado of the unusual, she began writing speculative fiction a few years ago. Since then her short fiction has appeared in a number of webzines and anthologies. Several paranormal romance novellas are available in e-format. Three novels, Psyche’s Prophecy, Psyche’s Search, and Psyche's Promise are small press publications available in e-format and paperback. Look for two more urban fantasy novels coming this summer and fall: Fortune’s Scion and Earth’s Requiem.