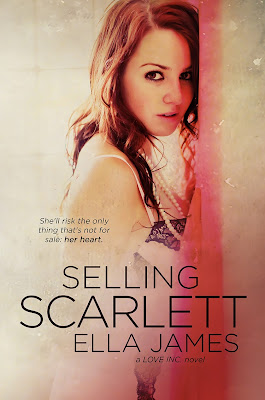 Elizabeth DeVille doesn't belong at a party like this--one where the gowns cost more than her Camry and cigars run higher than her grad school utility bills. Dragged out of seclusion by her best friend Suri, Elizabeth is merely playing dress-up, rubbing elbows with a crowd that banished her troubled family years ago.

Hunter West is tired. Tired of parties, tired of pretending, and tired of trying to right a wrong that haunts him every day. Bourbon heir and professional poker player by day, by night Hunter is gambling with his life in a high-stakes game of crime and blackmail.

When Elizabeth stumbles into Hunter's den of vices, she's a light in the darkness, a flame in the void. And, just like everything he touches, Hunter mars her in a record time. To rectify the damage done, Elizabeth needs money she doesn't have, and she's come up with a foolproof way to get it.

Follow Elizabeth--code-named Scarlett--to the lush Nevada brothel where she'll auction her virginity and risk the only thing that's not for sale: her heart. The highest bidder is a familiar face, with wicked hands and the devil's mouth. And a secret so dark that it could cost her life.

**Mature Content Warning** Not recommended for readers under the age of 17 due to mature language, sexual content, and violence.

Selling Scarlett is a full-length novel of 107,000 words. It has a complete happily-ever-after ending with no cliffhanger. It's the first book in the Love Inc. series, featuring a different couple in each novel. 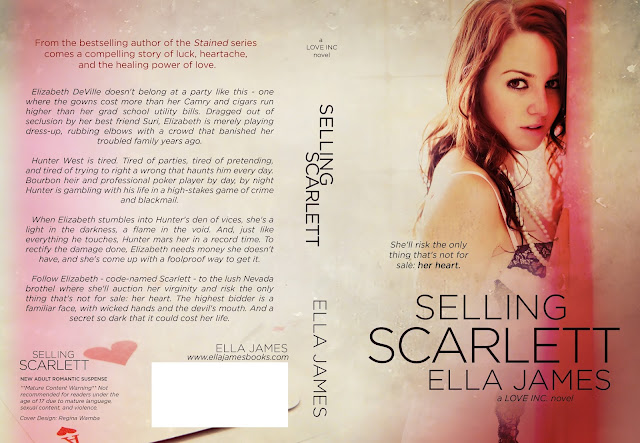 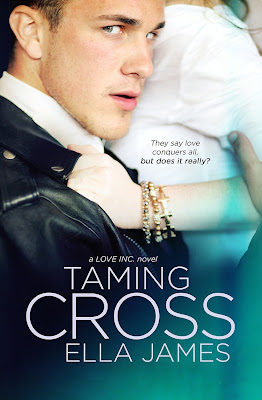 For twenty-three years, Cross Carlson was a playboy. You know the type. Tall, dark, and wealthy. Blue-eyed. Charming. He seemed to have it all so easy. But Cross was harboring a terrible secret - one that helped ruin the life of an innocent girl and almost ended his own.

Finally out of the hospital, Cross is flailing, scarred in both body and mind and stifled by the weight of the secret he still keeps. The only way to absolution lies in a Mexican convent, and going there could cost him everything.

If there's anyone who knows what it's like to screw up big time, it's Meredith Kinsey. Just a few years ago, Merri was an ordinary girl with a job at her college newspaper and white picket fence kind of dreams. Now she's holed up in a Mexican convent, hiding from a drug lord who thinks he owns her.

What happens when the only way out of hell is with the son of the man who put you there? They say love conquers all, but does it really?

NOTE: Cross and Merri's story is a Love Inc. Book. It features some characters from Selling Scarlett, but it follows a completely different story line can be read as a stand-alone.

*Taming Cross is a new adult romance novel and is not intended for young readers due to violence, sexual situations, and mature language. 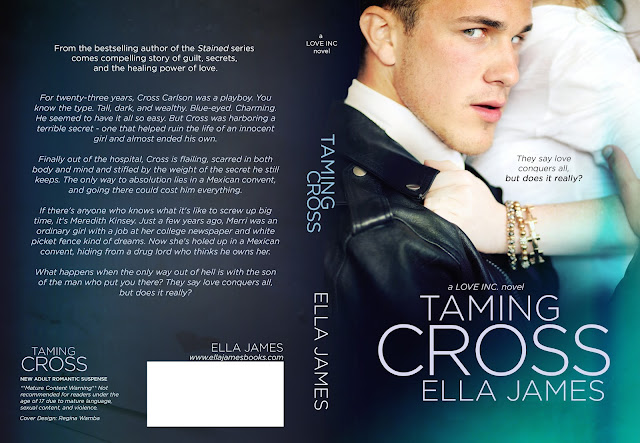 Ella James is an Colorado author who writes teen and adult romance. She is happily married to a man who knows how to wield a red pen, and together they are raising a feisty two-year-old who will probably grow up believing everyone's parents go to war over the placement of a comma.

Ella's books have been listed on numerous Amazon bestseller lists, including the Amazon Top 100; two were listed among Amazon's Top 100 Young Adult Ebooks of 2012.