Cover Reveal: True for You by Marquita Valentine 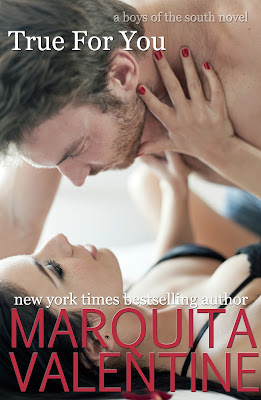 For country music bad boy, Jaxon Hunter, failure has never been an option, especially with an abusive father who controls his entire career. But when Jaxon's efforts to win back the girl that got away end up with him helping his rival, he concedes defeat— and sneaks away to Charleston, South Carolina to lick his wounds.

Only Jaxon wasn’t counting on the seamstress for the band driving the getaway car.

She may not have finished high school, but Bliss Davenport graduated with honors from the school of hard knocks. Four years ago, after barely surviving the most terrifying ordeal of her life, she ran away from home and never looked back.

Bliss is stunned when she wakes up married to the famous Jaxon Hunter. It only gets worse when she realizes he doesn’t even remember the ceremony.

While Bliss struggles to reconcile herself with the two sides of the man she’s falling in love with—sweet, thoughtful and humble--- or the character he plays on stage—arrogant, selfish and prideful, Jaxon’s battling his own demons, unsure who he wants to be, other than free.

Then just as the two of them start to learn to trust again, the past makes its way to the present, threatening their relationship. Threatening to suck them both back to where they were before, without each other. 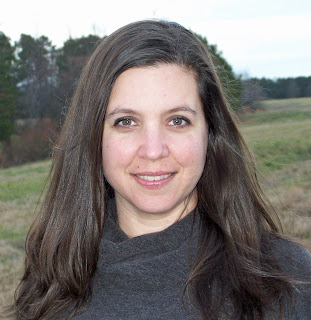 Marquita met her husband aka Hot Builder at Sonic when they were in high school. She suggests this location to all of her single friends in search of a good man—and if that doesn't work, they can console themselves with cheesy tatertots. She lives in North Carolina in a very, very small town with Hot Builder and their two children.