Waiting on Wednesday (#8): Tempted by Blood by Laurie London 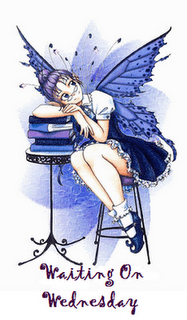 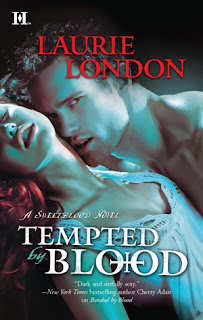 
Deep within the forests of the Pacific Northwest, the battle for supremacy rages on between two Vampire coalitions:

Guardian enforcers sworn to protect humanity, and Darkbloods, rogues who kill like their ancient ancestors….

He might be known for his effortless charm, but Guardian Jackson Foss is hiding a terrible secret. For months, he has battled the emergence of his dark nature—deadly urges that threaten to consume him. And those cravings only intensify when he meets Arianna Wells, the human he's been assigned to protect. Smart and perceptive, Arianna doesn't seem like a dangerous temptress. Yet she awakens in Jackson an unstoppable need that, if left unchecked, will brand him a traitor…a crime punishable by death.

But soon their bond may be Arianna's only hope. For stalking her in the shadows is a merciless enemy—one who will stop at nothing to claim her completely….


I recently finished the first book in the Sweetblood series, Bonded by Blood, and I absolutely loved it. I'm excited to start the second book, Embraced by Blood, and I can't wait for the release of the third book. First we read about Dominic and Mackenzie, then Alfonso and Lily, and now Jackson and Arianna. And lets not forget the novellas in this series Hidden by Blood and Enchanted by Blood (which is in the A Vampire for Christmas anthology). I just love the whole world of this series and the characters that live in it.
Posted by Christina @ Biblio Thoughts at 2:06 PM