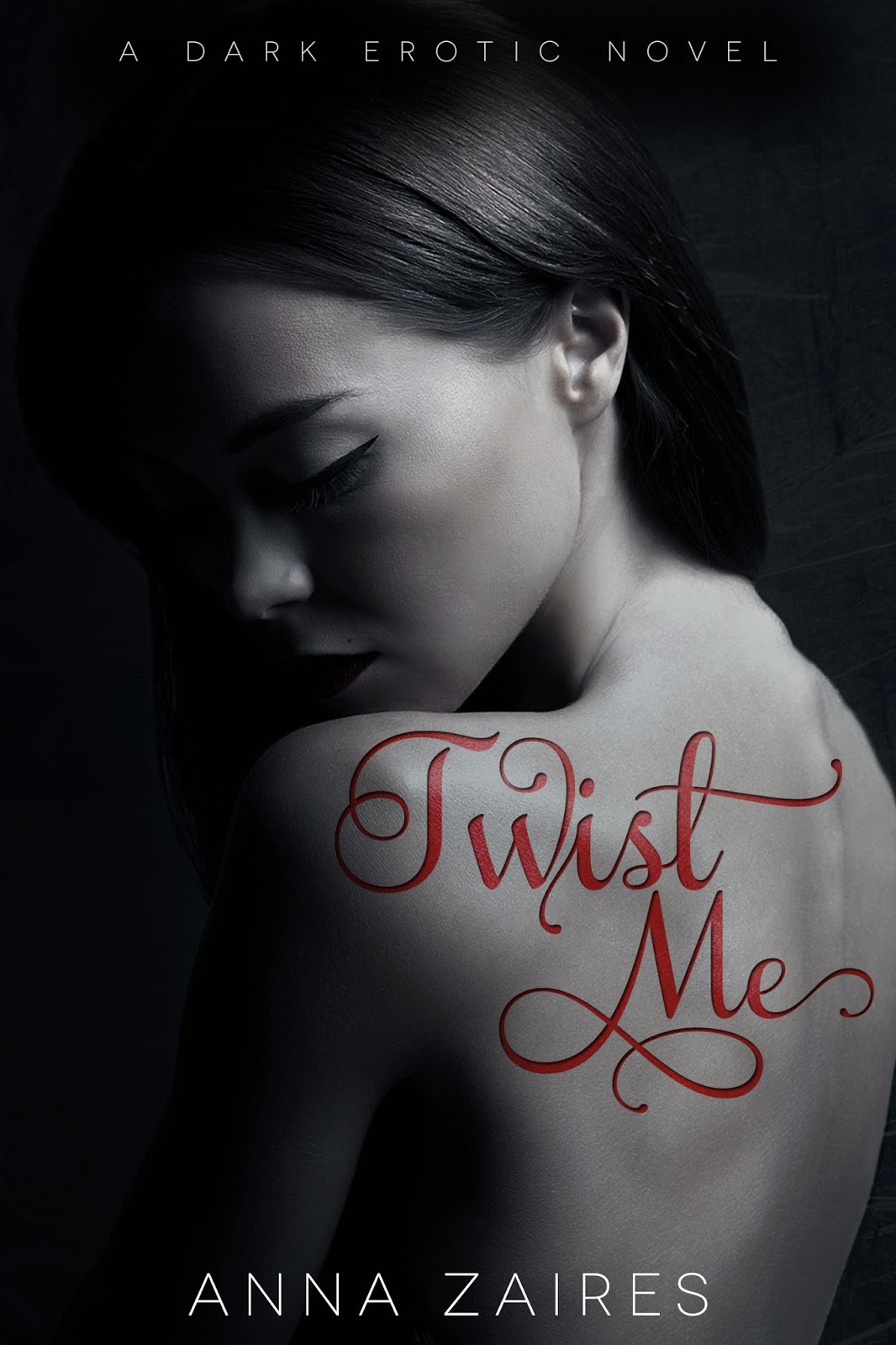 Kidnapped. Taken to a private island.

I never thought this could happen to me. I never imagined one chance meeting on the eve of my eighteenth birthday could change my life so completely.

Now I belong to him. To Julian. To a man who is as ruthless as he is beautiful – a man whose touch makes me burn. A man whose tenderness I find more devastating than his cruelty.

My captor is an enigma. I don’t know who he is or why he took me. There is a darkness inside him – a darkness that scares me even as it draws me in.

My name is Nora Leston, and this is my story.

WARNING: This is NOT a traditional romance. It contains disturbing subject matter, including themes of questionable consent and Stockholm Syndrome, as well as graphic sexual content. This is a work of fiction intended for a mature, 18+ audience only. The author neither endorses nor condones this type of behavior.

It’s evening now. With every minute that passes, I’m starting to get more and more anxious at the thought of seeing my captor again.

The novel that I’ve been reading can no longer hold my interest. I put it down and walk in circles around the room.

I am dressed in the clothes Beth had given me earlier. It’s not what I would’ve chosen to wear, but it’s better than a bathrobe. A sexy pair of white lacy panties and a matching bra for underwear. A pretty blue sundress that buttons in the front. Everything fits me suspiciously well. Has he been stalking me for a while? Learning everything about me, including my clothing size?

The thought makes me sick.

I am trying not to think about what’s to come, but it’s impossible. I don’t know why I’m so sure he’ll come to me tonight. It’s possible he has an entire harem of women stashed away on this island, and he visits each one only once a week, like sultans used to do.

Yet somehow I know he’ll be here soon. Last night had simply whetted his appetite. I know he’s not done with me, not by a long shot.

He walks in like he owns the place. Which, of course, he does.

I am again struck by his masculine beauty. He could’ve been a model or a movie star, with a face like his. If there was any fairness in the world, he would’ve been short or had some other imperfection to offset that face.

But he doesn’t. His body is tall and muscular, perfectly proportioned. I remember what it feels like to have him inside me, and I feel an unwelcome jolt of arousal.

He’s again wearing jeans and a T-shirt. A grey one this time. He seems to favor simple clothing, and he’s smart to do so. His looks don’t need any enhancement.

He smiles at me. It’s his fallen angel smile—dark and seductive at the same time. “Hello, Nora.”

I don’t know what to say to him, so I blurt out the first thing that pops into my head. “How long are you going to keep me here?”

He cocks his head slightly to the side. “Here in the room? Or on the island?”

“Beth will show you around tomorrow, take you swimming, if you’d like,” he says, approaching me. “You won’t be locked in, unless you do something foolish.”

“Such as?” I ask, my heart pounding in my chest as he stops next to me and lifts his hand to stroke my hair.

“Trying to harm Beth or yourself.” His voice is soft, his gaze hypnotic as he looks down on me. The way he’s touching my hair is oddly relaxing.

I blink, trying to break his spell. “And what about on the island? How long will you keep me here?”

His hand caresses my face now, curves around my cheek. I catch myself leaning into his touch, like a cat getting petted, and I immediately stiffen.

His lips curve into a knowing smile. The bastard knows the effect he has on me. “A long time, I hope,” he says.

I gather my courage and ask the next logical question. “Why did you kidnap me?”

The smile leaves his face. He doesn’t answer, just looks at me with an inscrutable blue gaze.

I begin to shake. “Are you going to kill me?”

His denial reassures me, although he could obviously be lying. “Are you going to sell me?” I can barely get the words out. “Like to be a prostitute or something?”

I feel a tiny bit calmer, but there is one more thing I have to know. “Are you going to hurt me?”

For a moment, he doesn’t answer again. Something dark briefly flashes in his eyes. “Probably,” he says quietly.

And then he leans down and kisses me, his warm lips soft and gentle on mine.

For a second, I stand there frozen, unresponsive. I believe him. I know he’s telling the truth when he says he’ll hurt me. There’s something in him that scares me—that has scared me from the very beginning.

He’s nothing like the boys I’ve gone on dates with. He’s capable of anything.

And I’m completely at his mercy.

I think about trying to fight him again. That would be the normal thing to do in my situation. The brave thing to do.

I can feel the darkness inside him. There’s something wrong with him. His outer beauty hides something monstrous underneath.

I don’t want to unleash that darkness. I don’t know what will happen if I do.

So I stand still in his embrace and let him kiss me. And when he picks me up again and takes me to bed, I don’t try to resist in any way.

Instead, I close my eyes and give in to the sensations. 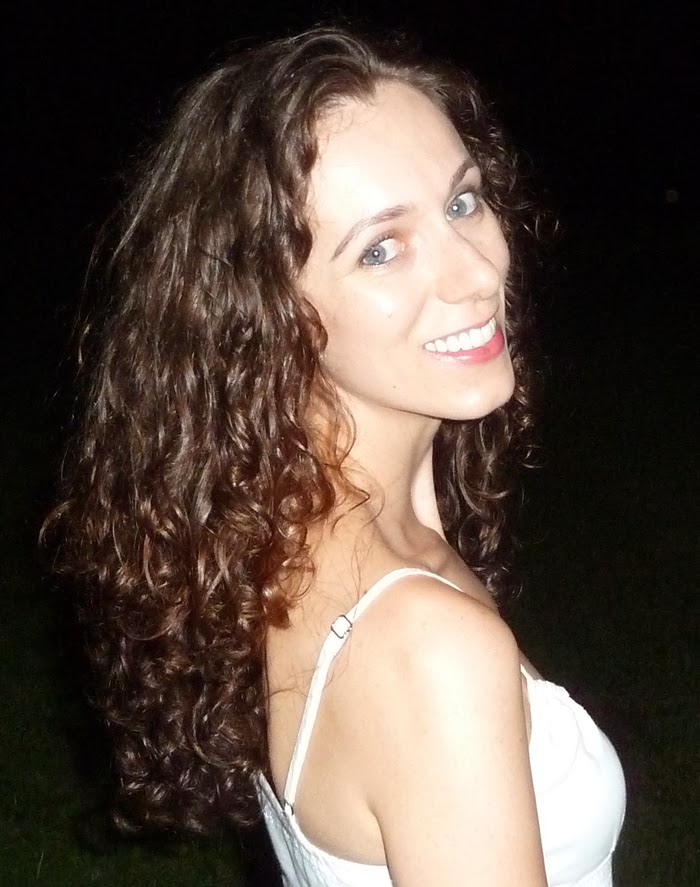 Anna Zaires fell in love with books at the age of five, when her grandmother taught her to read. She wrote her first story shortly thereafter. Since then, she has always lived partially in a fantasy world where the only limits were those of her imagination. Currently residing in Florida, Anna is happily married to Dima Zales (a science fiction and fantasy author) and closely collaborates with him on all their works.

After graduating from the University of Chicago with a degree in Economics, Anna spent eight years on Wall Street analyzing stocks and writing research reports. In 2013, she became a full-time author, pursuing her lifelong dream of writing romance novels.

Dima Zales is the love of her life and a huge inspiration in all aspects of her writing. Every book Anna writes is a product of their unique collaborative process.

She loves hearing from her readers, so please don't hesitate to contact her through her website or connect with her on Facebook, where she hangs out way too often. Also, please visit her husband and collaborator, Dima Zales, at www.dimazales.com and check out their fantasy & science fiction books. 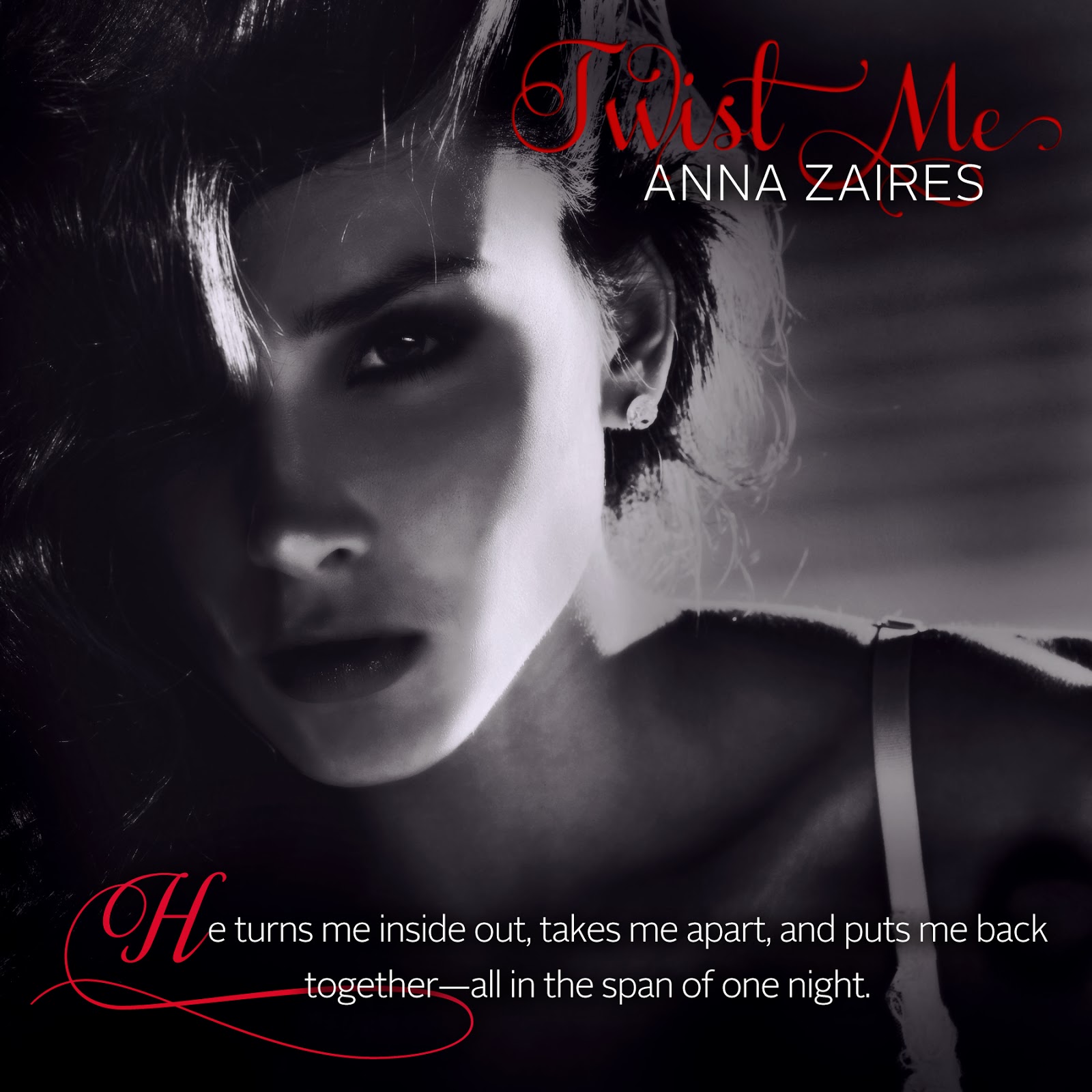 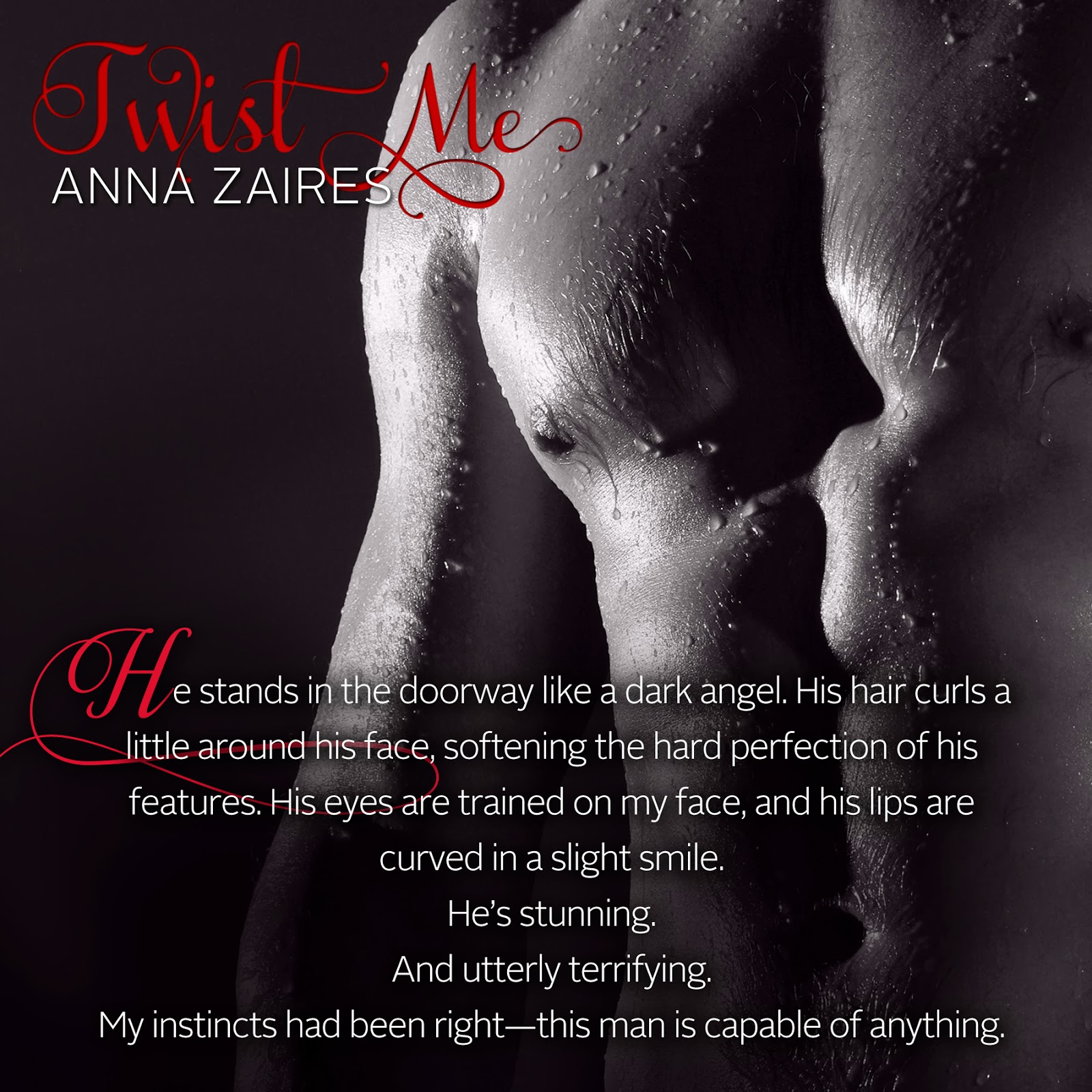 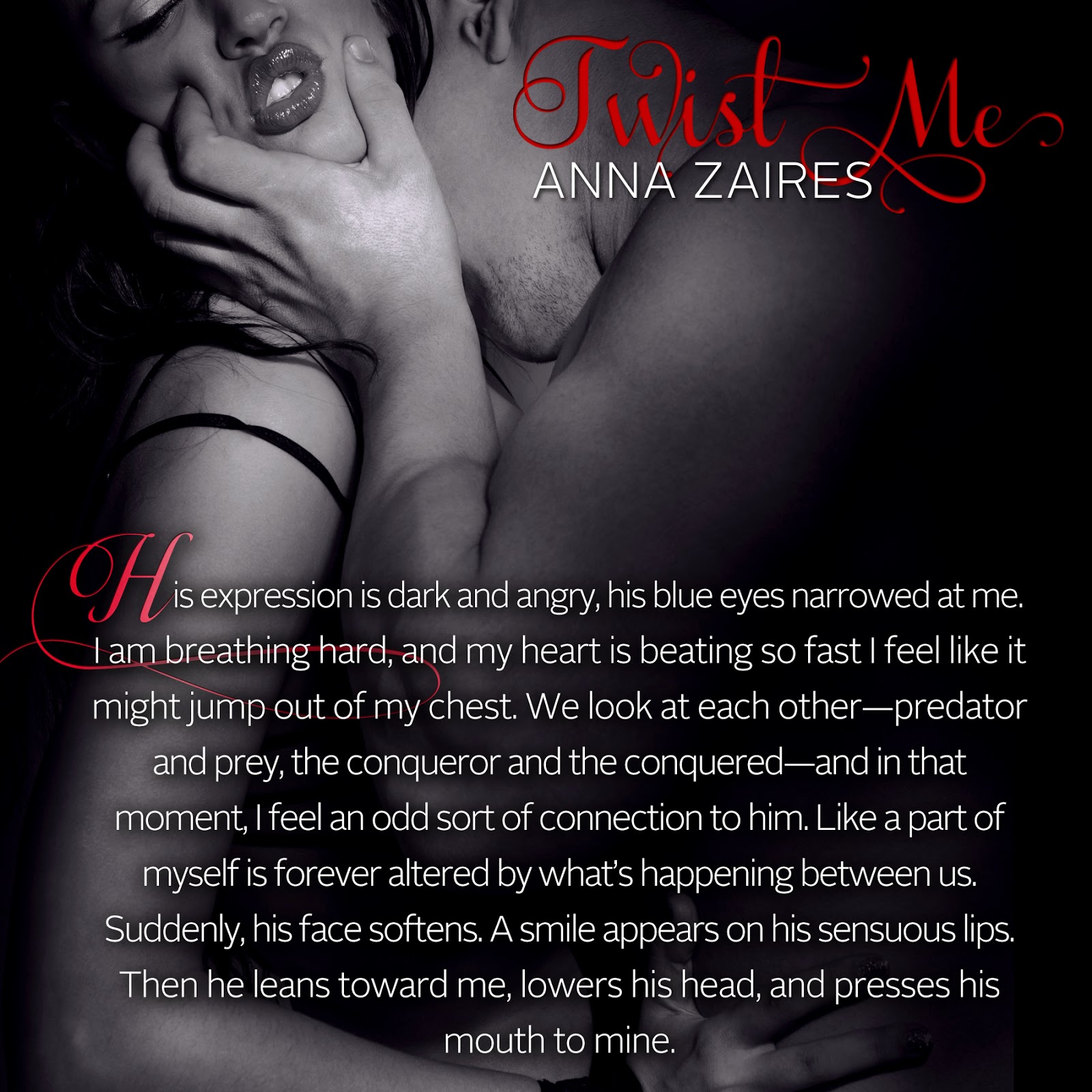