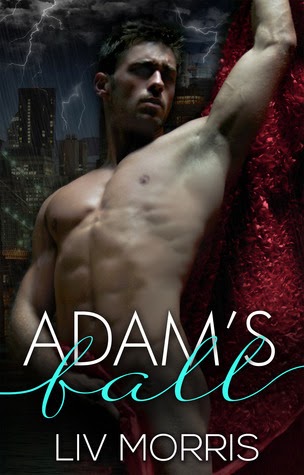 When roguish playboy Adam Kingsley meets the stunning Tantra instructor Kathryn Delcour, he falls hard, becoming captivated by her strength and beauty. An intense sexual chemistry sizzles between them from their first shared glance to the soul cleansing Tantra session they experience together.

While Adam recovers from injuries after saving Kathryn’s life, she instructs him in the sensual practice of Tantra. He becomes her willing student as their tantric lovemaking brings Adam to sexual highs he never dreamed were possible.

But Adam’s life takes an unexpected turn when newly exposed secrets surrounding his birth father force him to make a seemingly impossible choice. Avenge those he loves and let everything he holds dear crumble around him, or allow the guilty to go free. With Kathryn by his side, Adam faces the fight of his life.

Adam's Fall is the concluding book in the Touch of Tantra series.

“Forget about the press shit for a minute. I want to talk about Kathryn,” Tom says, starting in before the door’s fully shut. He’s moved his chair right in front of me. With his football player build, I’m going nowhere until he’s finished. “She’s quite the woman to tame you this quickly. Patrick and I always bet it would be this way. One solid whack from the right woman and you’d fall like a dead tree. Boom! So what are you two? Boyfriend and girlfriend?”

“Yes, I’m pretty much willing to be her anything right now.” It’s the truth, because I would wear any label for this woman. I regain my composure and say, “I have no idea where this thing between us will go, but she hasn’t run screaming from me yet. Even after almost getting shot by Simon and hiding me from him last week.”

“Well you know how to show a girl a good time.” Tom wiggles his bushy brows. "Maybe she’s an adrenaline junkie. Or just after your junk.”

Liv Morris resides in Manhattan with her husband of twenty-eight years. Relocating eleven times during her husband's corporate career, Liv qualifies as a professional mover. Learning to bloom where she's planted, Liv brings her moving and life experiences to her writing.

A native of the beautiful Ozark Mountains of southern Missouri, Liv feels blessed to have a supportive and close family. Her three grown daughters are scattered across the country, but thankfully call home on a regular basis.

She received a B.S. in Communication from the University of Maryland. Currently, Liv is writing and publishing her short story series, Love in the City. Two short stories ranked in Amazon's top best sellers list in Contemporary Romance. Her novel, Adam's Apple, is due for release this summer.