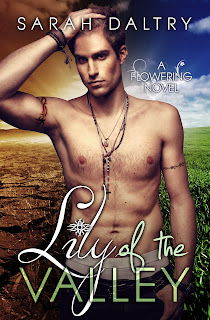 Lily of The Valley
Flowering 1.5

You met them in Forget Me Not. Now, hear Jack’s story.

Plagued by a dark past, Jack sees college as a way out. Desperate to escape the area where he grew up, the people who know his secrets, and his own family, he deals with his problems through alcohol and sex.

When he first sees Lily, she’s the epitome of everything he hates. Yet something about her makes Jack rethink everything he knows and assumes about other people. Now, with the help of his best friend and lover, Jack has to decide if he wants to pursue something that he knows will only end badly.

Can Lily be one of the few people who can see Jack for who he really is – or will his darkness be too much for her to handle? 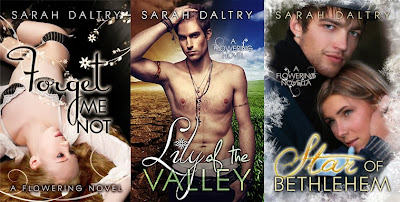 Sarah Daltry writes about the regular people who populate our lives. She's written works in various genres - romance, erotica, fantasy, horror. Genre isn't as important as telling a story about people and how their lives unfold. Sarah tends to focus on YA/NA characters but she's been known to shake it up. Most of her stories are about relationships - romantic, familial, friendly - because love and empathy are the foundation of life. It doesn't matter if the story is set in contemporary NY, historical Britain, or a fantasy world in the future - human beings are most interesting in the ways they interact with others. This is the principle behind all of Sarah's stories.

Sarah has spent most of her life in school, from her BA and MA in English and writing to teaching both at the high school and college level. She also loves studying art history and really anything because learning is fun.

When Sarah isn't writing, she tends to waste a lot of time checking Facebook for pictures of cats, shooting virtual zombies, and simply staring out the window.