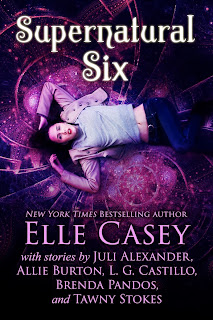 Secret powers, genies, mermaids, angels, vampires and demons. There’s something for every paranormal enthusiast. Supernatural Six brings you six novels from six authors who know how to raise the stakes and tame the darkness.
____

Duality by Elle Casey (New York Times Bestselling Author) – Malcolm’s had a problem for as long as he can remember. No matter where he goes or what he does, he leaves misery in his wake. But then Rae shows up in his life, and everything changes. Darkness cleaves to light. Anger yields to joy. The question is whether she’ll be his salvation or his destruction.

Three Wishes by Juli Alexander – Not every seventeen-year-old girl works part time granting wishes, but when you’re a genie, you have obligations. Jen finally gets a shot as a drummer in her brother’s band.  Just when it’s looking good for her, Leo Fuller shows up, and this bad boy genie’ s after more than just her drummer gig.

Atlantis Riptide by Allie Burton – Teen runaway Pearl craves anonymity, but when she saves a toddler from drowning she draws attention to her special water skills. Unknown to her, a war rages under the ocean and each side wants to use her powers for their cause. Pearl must choose her own destiny—ignore the churning seas or swim into battle.

Lash by L.G. Castillo – Banished angel Lash seeks to redeem himself by protecting Naomi, a woman who has lost her faith. But when danger threatens — and his passion for her swells — will he choose his cherished home or his heart?

The Emerald Talisman by Brenda Pandos – Julia Parker would trade her ability to feel others emotions in a heartbeat, especially half the boys in school. When a vampire hunter rescues her before she’s devoured by a bloodthirsty stalker, Julia discovers no one is safe. Unsure how to help, she seeks the advice of a psychic, only to find out she alone is the key to stopping the madness, problem is it’ll require her rescuer’s life.

Static by Tawny Stokes – Salem, a teenage groupie for the punk band Malice, gets more than she bargained for after a night of partying with the band–a headache, a stomachache and a sickness that’s turning her into something inhuman. Only Trevor, the roadie, can help her navigate her new world of danger, darkness, and love.

EXCERPT:
From Static by Tawny Stokes

Coming out of a strange and eerie dream that I couldn't quite remember, I rolled over onto my side to try and get comfortable. Once Chloe left at around nine, I fell asleep and I'd been in and out of consciousness ever since. I think my mom checked up on me when she got home from work, but I couldn't be sure.

Unable to get truly comfortable I'd been tossing off the covers and rolling up into them alternatively. I didn't know whether I was hot or cold.

Now, I was definitely cold. Not wanting to open my eyes, I reached blindly for the covers. If I dared open them then I might consider staying awake. Being awake meant thinking, and I really didn't want to do much of that any time soon. Yet, I couldn't find the damn covers.

Slitting my eyes to half-mast, I raised my head to search for the covers. But they were long gone.

About eight feet below me.

Gasping for breath, I tried to dig my fingers into the ceiling stucco. Anything to anchor me. My heart pounded in my chest and I was dizzy and light-headed. I wasn't one for heights. Vertigo settled in, and it looked like the room was spinning in a circle below me.

"OhmyGod. OhmyGod. OhmyGod," I chanted over and over again hoping that somehow it would save me from the harsh reality that I was stuck on the ceiling and not tucked safely into my bed on the ground.

Although technically, I wasn't stuck. I could move.

Carefully turning onto my stomach, I reached for the light fixture. My fingertips just brushed it. Taking a deep breath, I sort of bounced/shimmied across the ceiling to get closer to the light.

Thankfully, I didn't sleep naked. I could just imagine how it would look if someone walked into my room and saw a naked girl stuck to the roof. I'm sure it wouldn't be all that pretty of a sight. Well, maybe for a guy it would. Being seen in my tank tap and boy's glow in the dark Sponge Bob boxer shorts was bad enough. Plus I imagined rubbing against the hard stucco on the ceiling wouldn't feel all that pleasant on my body.

I grasped the light fixture in both hands and wondered how the hell I was going to get down. I had no idea how I got up here, or why, but really all that mattered was putting my two feet back onto solid ground. Everything else had to wait until that glorious thing happened.

I could call out for my mom, but I imagined she wouldn't be too calm seeing her daughter floating along the ceiling. Besides that, she'd definitely take me back to the doctors. Since floating was definitely not on any symptom list of diseases known to man, going to the doctors wasn't going to do me any good anyway.

Images of actor Tobey Maguire crawling up a brick wall in the first Spiderman movie came to mind. I lifted my hand and inspected my fingertips for tiny barbed hairs. Although I had no delusions of grandeur of becoming a superhero, I pondered the notion that maybe I'd been infected with something noxious or alien. But then that just spawned images of zombies running through London streets circa the movie 28 Days Later. It was a stupid notion.

Yet, I had died earlier this week. 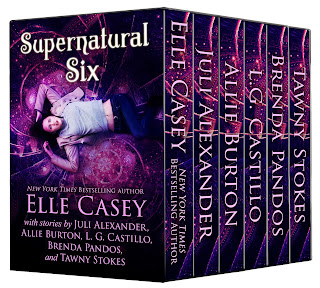