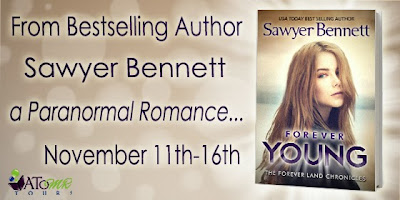 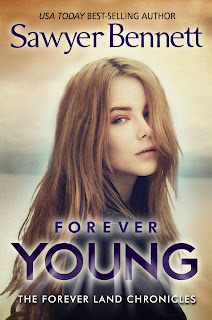 Summary: She’s a loner, she likes to fight and, oh yeah...she has the ability to see the demons that lay beneath the faces of ordinary humans. It’s a gift Charlie Wright inherited the night her parents were brutally murdered when she was fourteen years old.

Now in her last year of high school, Charlie just can’t seem to keep herself out of trouble.  Rather than taking a one-way trip to juvenile detention, Charlie chooses to join a mysterious group called The ForeverLand Alliance.

And then her life really gets weird.

Charlie finds herself magically transported to an alternate universe. In Semper Terra, no one ages, people fly, and one stunningly gorgeous, immortal man manages to capture Charlie’s heart and awaken the adult woman she is becoming.

But it’s not all fun and games. For Charlie is training to become an Annihilator, a select group of Semper Terrans who protect mankind from all of those things that go “bump in the night”.

It’s only when Charlie finds herself stuck in the middle of a prophecy that could bring about the end of the world that she truly begins to understand the deep sacrifices she will have to make.

I was hooked on the very first page! Forever Young is very interesting and intriguing story. I loved the characters and the world just sounds beautiful, but there is also this cloud of danger threatening to destroy it all. There are a lot of mysteries left to look forward to seeing brought to light. I'm anxiously awaiting the next book! 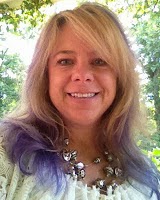 USA Today Best-Selling author, Sawyer Bennett, is a snarky southern woman and reformed trial lawyer who decided to finally start putting on paper all of the stories that were floating in her head. She is married to a mobster (well, a market researcher) and they have two big, furry dogs who hog the bed. Sawyer would like to report she doesn't have many weaknesses but can be bribed with a nominal amount of milk chocolate.