Cover Reveal: Enslaved by the Ocean by Bella Jewel (Excerpt/Giveaway) 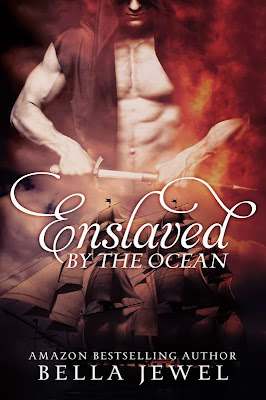 Indigo is running, she has no other choice. She's done something bad, and there only way to escape it, is to flee her home, and her country. She sets out on a luxury Yacht, to take her to another country with her best friend Eric. But she runs into a problem.

She ends up stranded in the ocean, terrified, and scared of the uncertain. Until they show up. The pirates. Terrified, Indigo and Eric have to face the reality that this might be the end for them. These are pirates, they are the criminals of the ocean. What chance have they got of surviving this nightmare?

Then she lays eyes on Hendrix. He's the Captain, he's gorgeous, rugged, and mean. He's planning on keeping her to repay his debt to another man, by selling her. Now Indigo has a crazy ex after her, as well as a pirate she can't seem to get out of her head.

Come on this heart wrenching, dark, angsty and dangerous adventure as two people so opposite, find something so beautiful.

“Please reconsider…” I say, lifting my eyes up to meet his.

He crosses his broad arms across his chest, and standing like that, he looks incredibly handsome and powerful. God, he’s dangerous, it’s written all over him. From the way his muscles rip and move when he does, to the way his clothes hug his hard, firm body. His hair is loose this afternoon, and it hangs down to the base of his neck in thick waves. He has the kind of hair any woman would envy. The gold hoops in his ear glimmer. How can he be so beautiful, and yet so completely awful?

“All the pleading ain’t goin’ to change my mind. I have debts to pay. Don’t take it personally.”

He growls. “Listen, girl. I suggest you stop questioning my motives, and start learning to shut your mouth. I am not beyond hangin’ you off the side of the ship and lettin’ the sharks have a go at catchin’ you.”

His tell me he’s serious.

“I don’t want to stay in here with you, let me go back to the cell.”

“I won’t leave my friend, I will make your life a living hell!” I threaten.

“Is that a threat?” he growls, uncrossing his arms and stalking over.

“No, pirate. It’s a promise. He’s everything to me. I won’t let you leave him down there to rot. Unless you’re going to watch me every second of every day, then you can’t be sure I won’t do whatever it takes to escape this. Including taking my own life.”

He takes a deep, ragged breath. “You wouldn’t kill yourself, what sort of friend would that make you?”

“You’re selling me to be fucked for the rest of my life, do you really think it hasn’t crossed my mind?”

He stiffens as if my words are suddenly a very real possibility.

“I will give you one choice here, you either take it or you don’t. If you stay here, keep yourself safe and don’t attempt to run…I will continue to feed your friend. I will give him food and water, and when we stop, I will let him go.”

My eyes widen. He’s offering Eric’s freedom, in return for me promising to stay and do as he asks. Basically, it’s my friends life or my own. If I say no, Eric dies. If I say yes, I am basically selling myself. I close my eyes. I already know the answer, I knew it from the moment I decided I would do whatever I could for Eric. I open my eyes and I meet Hendrix’s gaze. “How do I know you’re not lying?”

“Pirates code. We make the deal in blood. I don’t break my deals.”

“You will swear that he will be fed and given water, and released with no strings. He can go back to his life and live it happily if I promise to do as you ask?”

He steps forward, and I lift my eyes to see him bring out a knife. He slices it across his palm lightly. A small trickle of blood appears. I cringe, and my entire body begins to throb. I’m about to sign my life away. It’s the only choice. At least with this choice, I know Eric goes free. I can find a way to escape after. I’m sure I can. Hendrix reaches down, and he takes my hand, bringing the knife to my palm. I try to tug it away.

“Everything is sealed in blood, pirates code. You don’t seal it, I don’t promise your friends safety. I don’t have diseases, so stop your crazy and shake my fuckin’ hand.”

He makes a line so fine on my palm, I barely feel it. Only a tiny drizzle of blood appears. He reaches his hand out. I hesitate.

“How much is your friends life worth to you? If you don’t shake my hand, I don’t make the deal. By blood or by nothing. I don’t break my promises. You hesitate a moment longer, and I will change my mind.”

I stretch out my hand. If I die from a disease, so be it. My outcome really isn’t looking too positive anyway. Hendrix reaches his hand out, and just before I touch it, he speaks the words. The words that bind me to him - at least for now.

“By the code of the ocean, we make this deal.”

I swallow, and I put my hand in his. One of his large hands covers mine, and I find myself shivering at the contact.

Bella Jewel is an Aussie girl through and through. She spent her life in Western Australia, growing up in many different areas of the state. She now currently lives in Perth with her husband, children and mass amounts of pets. She's crazy, fun, outgoing and friendly. Writing is her passion, she started at the young age of 18 but finally got the courage up to publish, and her first novel Hell's Knights was released in August 2013. 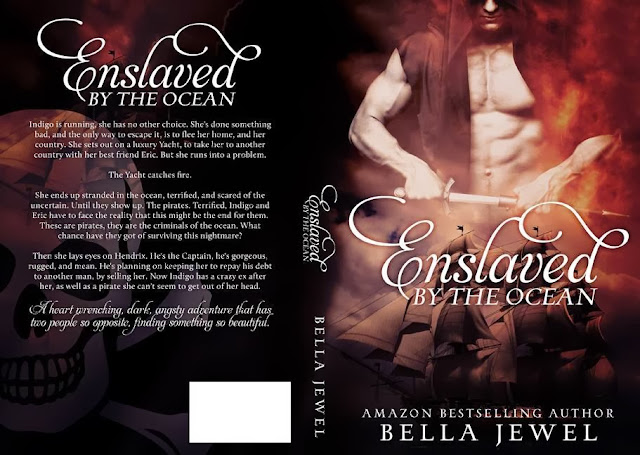