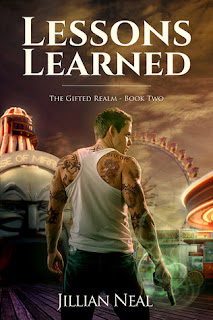 One, breathtakingly hot, passion-filled, night ignites a fire in his soul. Everything in his world should be nothing short of perfection…but he is Rainer Lawson.

His wild evening with Emily is the Realm’s front-page story. Could he have lost the respect of the man that has been like a father to him? Could his family’s hard-earned fortune really dissolve before his very eyes?

Evil rapidly cinches its chokehold, and everything his father fought and died for threatens to implode. Rainer attempts to protect those that he loves and satisfy the fiery passions between he and Emily, but everything in his world is spinning wildly out of control. His desire to prove himself could very well be his undoing.

Sometimes the best of intentions are not enough, but perhaps it is the trials by fire that make the man. Steel sharpens steel, and the passions burn white hot in “Lessons Learned.”

Logan nodded he studied Rainer speculatively, but without question he pulled into one of the parallel spots on the back side of the cemetery.

“Do you want me to come with you?” Logan offered.

Rainer knew that whatever he wanted is what Logan would do. Even if they never went to Coriolis and were fired for it, he would be there for Rainer. Certain that he’d never deserve a friend like Logan Haydenshire, Rainer wanted to be alone. He tried to give Logan a reassuring smile but wasn’t able.

“Take as long as you need, man.” With that, Rainer threw open the door and took off in a heated sprint towards the tomb of the Unknown Soldier. He rushed over the hallowed ground. Rainer ran faster not certain his feet were hitting the ground as he moved behind the largest of the monuments and headed west.

He hated that he knew how to find the spot so readily. He halted and walked as a funeral was taking place and respect was clearly something Rainer needed to work on. He felt his throat close and tears threatened to burn his eyes. He nodded his head as he passed Cal Haydenshire’s cross grave marker. Keeping his head bowed he moved to the monument at the end of one of the endless rows and fell to the ground. He summoned instantly. He watched as his father’s name and birth and death dates appeared in the marble. His parents had been buried in Arlington because of the sheer number of Non-Gifted lives they’d saved in their quest to make certain that the Gifted didn’t abuse the Non-Gifted with their powers.

Rainer moved slightly and turned his cupped hand outward. He watched his mother’s name appear. He sat there staring at the letters and numbers, lost for several minutes. He wasn’t certain why he’d needed to come so badly, not certain what to say, or how this was going to fix anything at all. He just sat staring at the marble headstone. The granite representation of all he’d lost and all he’d given up, of what had made him who he was, the devastation that had defined him.

He knew his father would’ve been just as disappointed and horrified at what he’d done to Emily, as Governor Haydenshire. Rainer felt sick.

“I’m sorry,” he blinked back tears. “I just don’t know how I screwed up so badly. I just…” Rainer wiped away the hot tears that flowed down his face. “I’ll never be as good as you.” He shouted the thought that had haunted him since he’d watched his father’s casket lowered into the ground at fourteen years old. He pled to the pitiless granite and the merciless air around him.

“I don’t think that’s true, man.” Rainer spun around. He gasped as his heart flew. Logan, worried about Rainer, had followed him. “And I don’t think he expected you to be perfect, Rainer.” Logan sank to the ground beside Rainer. “I mean, at least Em’s not going to end up in jail because of a belly shot.”

Logan turned back to the monument and bowed his head.

“S’up, Governor Lawson?” He offered. Rainer felt a smile form on his face. “He’s a good guy, sir. Try not to be too hard on him. He was only doing what Emily asked him to, and you were married, you know women will always get you into trouble.” He vowed to the ether.

Rainer found it very odd to be sitting in front of his parents’ graves, with all that had happened, laughing. After another few minutes, Logan stood and offered Rainer his hand.

“Come on. Let’s try and clean up the mess we’ve made.” Rainer accepted Logan’s help up.

“Bye, Dad.” He choked and let his hands run along the cold granite. “I will fix this. I swear to you.” He turned to follow Logan back to the car with renewed fire burning inside of him. 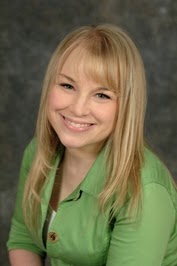 Jillian Neal is a New Adult author with a passion for passion. She tells strong character driven novels told from the male perspective. Her guys aren’t afraid to let us inside their minds or inside their bedrooms. Young love comes to life inside the author’s Realm along with sinister crime fighting, mixed in with a hearty dose of family. The engaging adventures will stretch your mind and keep you coming back for more.

Jillian lives outside of Atlanta with her husband, and children.