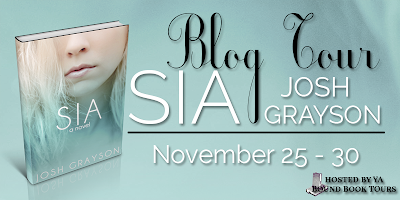 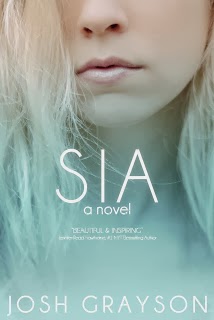 Tagline: Forgetting was only the beginning.

Summary: When seventeen-year-old Sia wakes up on a park bench, she has no idea who or where she is. Yet after a week of being homeless, she’s reunited with her family.

At school, she’s powerful and popular. At home, she’s wealthy beyond her dreams. But she quickly realizes her perfect life is a lie. Her family is falling apart and her friends are snobby, cruel and plastic. Worse still, she discovers she was the cruelest one.

Mortified by her past, she embarks on a journey of redemption and falls for Kyle, the “geek” she once tormented. Yet all the time she wonders if, when her memories return, she’ll become the bully she was before…and if she’ll lose Kyle.

Sia Holloway wakes up in a park not knowing where or who she is. Only the words "Sia's Playlist" on the iPod on her arm gives her any clue on who she is. Lost and alone, Sia ends up on the street homeless for a week. If not for the help of a fellow homeless woman named Carol who befriends her, Sia may not have survived. One day after being chased out of the soup kitchen by a volunteer for some unknown reason, she is hit by a taxi and ends up in the hospital where she is reunited with her family. As she tries to piece together her fractured and forgotten life, she learns things about herself that are hard to hear, and she vows to change herself for the better.

Sia impressed me greatly in this book. If there were more people like Sia in this world, there would be no homelessness or hungry people. Even though she has gone through a pretty serious trauma, she still looks for ways to help others. And then when she begins to learn about who she was, how horribly cruel she was before her amnesia, she tries to find ways to better herself.

I liked how that story focused on Sia's journey, and not on the romance between her and Kyle. Usually when a love interest is introduced, the story tends to focus more on that relationship than the storyline the book began with. I also like how Sia and Kyle didn't have an insta-love. They worked toward a relationship and had to overcome some pretty big hurdles in the process, namely Sia's amnesia and whether she would revert to how she was before when her memories returned.

With stories like this, which are standalone novels, I like when there is a conclusion that ties up all loose ends, and you're not left hanging on anything in the end. Sia has an epilogue that takes place two years after Sia's amnesia that ties everything up real nice. There's a definitive ending to this book, and it's a happy one. 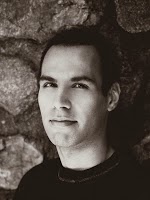 Josh Grayson was born in Mexico, raised in Massachusetts, and now lives in Martinsville, Virginia. It was his move to the South that stirred his imagination and gave him the courage to start writing. During his free time, Josh enjoys reading, jogging, swimming, and watching YouTube videos.

Josh currently works as a medical driver, shuttling people all over Virginia and North Carolina. He has also worked as a machinist, film sales rep, administrative assistant, and telemarketer (he apologizes if he called you).

Sia is his debut YA novel.