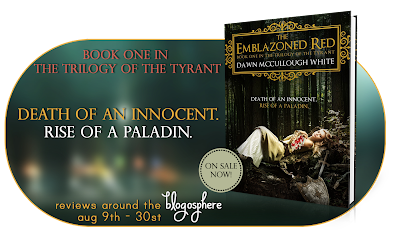 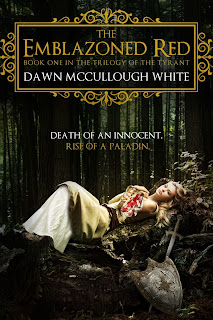 Title: The Emblazoned Red
Series: The Trilogy of the Tyrant #1

Summary: Once, in another world—a dark world, the world of Faetta—there lived paladins and pirates, tyrants and scallywags, vampires and the undead. In this world a revolution is brewing. The royalty of Sieunes are in chains, and those priests and paladins who follow the holy word of the gods are under attack. In the west, the kingdom of Kellerhald receives the fleeing priests in their temples of the paladins of Silvius, god of the Sky.

Here, a young woman has just passed her tests to become a paladin. A pirate crew raids along the Azez Sea. An undead creature, wielding great power, roams the graveyard of Yetta. And a lost soul, crying out from beyond the veil, seeks out a pure hearted warrior to hear its plea.

Amid the turmoil of the revolution, Ilka’s mettle is tested. Rescued by pirates, she ends up with an unlikely ally: the pirate captain himself. The newly trained paladin finds herself collaborating with the undead, working with a vampire, and worst of all, longing for revenge against the man who has ignited the revolution in Sieunes: Francois Mond...

Death of an Innocent. Rise of a Paladin.

The Emblazoned Red was a book that I just couldn't put down, and when I had to, it was with reluctance. Ilka and Captain Nate were two characters that I couldn't help but love, and I was rooting for them from the very beginning. Waiting for Ilka to realize her feelings for Nate was so frustrating! But when that moment came I really wanted to scream, "YES!!" really loud. And of course there were characters that I really just did not like, Ilka's fellow Paladins and supposed friends, for one. They really proved where they stood and it definitely wasn't with Ilka. And the story itself is just amazing. There are still so many things left unsaid by the end and the cliffhanger has me desperate for the next book. 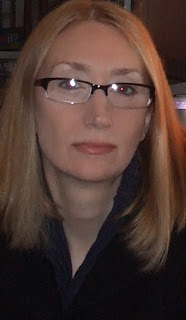 Ms. McCullough-White has lived the majority of her life in and around Rochester, NY with a brief stint in Tucson, AZ. She is pursuing a degree in psychology at R.I.T. Dawn is a history buff and was a member of the Society of Creative Anachronism for years, active as a heavy weapons fighter. She currently resides with her husband and son in a quaint neighborhood next to an old cemetery.