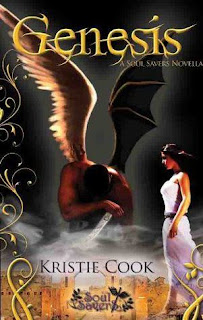 Summary: A father who reveals his truth.

Angels who have plans for them both.

And Demons who do as well.

So the Earthly battle for souls ignites...

A tale that is over 2,000 years old, this is the story of the Amadis beginnings.

Kristie Cook takes us 2,000 years in the past to when the Amadis got their beginning.

The Angel Andrew was charged with protecting Zoe, but he did more than that. He loved her. When Zoe is attacked by Daemoni, instead of staying in the Otherworld and obeying the commands he was given, Andrew crosses over and reveals himself. As punishment, Andrew is sentenced to live 200 years as a human man.

Cassandra is such a kind and caring person. She shows amazing devotion to what she believes. She never gives into Jordan's attempts to get her to join the Daemoni. Someone with that kind of strength and her compassion for those in need makes Cassandra the perfect person to lead the Amadis.

Because Jordan believes whole-heartily that he and Cassandra are half demon and that it explains the darkness that he's felt building inside himself, he's become blinded to the truth. Once he finds the Daemoni, Jordan becomes obsessed with not only the power he can gain, but also with getting Cassandra to come with him. Jordan becomes so steeped in evil that it just oozes off him in waves.

I have come to love this series so much and I really enjoyed having the chance to read where everything began. Genesis is such a bittersweet tale. I didn't know whether to be happy or sad by the end.

I think it's best to read Genesis after Purpose, because at the end of Purpose Alexis is reading her book and the history of the Amadis. So it's like we're reading the Amadis origin with her.

I have to say that sometimes the purposes the characters in the Soul Savers series have are kind of sad. In Genesis, Jordan's purpose was to join the Daemoni and create a potion that would not only make the Daemoni more powerful, but give Cassandra the power to create the Amadis. And it was so heartbreaking when Jordan realized the truth.

But that's part of what makes Kristie's writing so amazing. She know how to draw in her readers and make the feel something for her characters. I'm so emotionally invested in this series that I'm definitely going to see it through to the end. 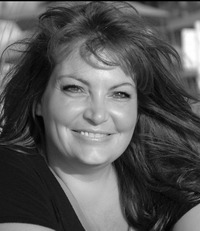 I'm participating in the Devotion Review Tour, so look for my review of Devotion, the third book in the Soul Savers series, on February 9, 2012 and enter the giveaway for a chance to win an eCopy of Devotion!
Posted by Christina @ Biblio Thoughts at 3:52 PM