The story of Jack Henry and Laurelyn continues...

How do you move on when he’s every song you sing?

After Laurelyn Prescott walks away from the love of her life, she returns to Nashville to pursue the only dream she has left. Determined to find a distraction from the pain of losing Jack Henry, she immerses herself in her music. But with her old life comes old acquaintances and new expectations. When Laurelyn refuses her record producer’s outrageous demands, she finds herself without a career—until an unforeseen opportunity presents itself. From there it’s a rocket ride straight to the top where Laurelyn finds the success she’s always dreamed of. Will it be enough to bring her the happiness she so deserves, or will the absence of Jack Henry leave her wanting more?

Jack Henry McLachlan never expected to fall in love with Laurelyn Prescott—but he did. After he foolishly let her slip through his fingers, he spends three months searching for her, but their reunion doesn’t come easy. The woman he finds isn’t the same one who drifted away without a goodbye. No longer an insecure girl on an Australian adventure, this Laurelyn is a successful musician with a promising career. Her dreams are becoming a reality, and Jack is terrified his American girl won’t have a place for him in her new life. With only a month to convince her otherwise, will it be enough time to make her visualize a life beyond the glitz and glamour, a life that includes him?

It isn’t often that I’m able to study his figure while he sleeps, but I come to the same conclusion every time: he’s the most beautiful man I’ve ever seen. And I love him so much it hurts.

He stirs in his sleep and his drink tilts to the side, causing some of it to spill down his leg. I reach to take it from his hand and he startles awake. I unwrap his fingers from it. “You can let go. I’ve got it.”

He stares at me with hazy eyes and I realize he’s shitfaced when he reaches out to grab me a little too hard around the waist. He leans forward and presses his head to my stomach, causing me to stagger backward to maintain my balance. “I love you, Laurelyn. Please, don’t leave me. I’ll fucking die if you do.”

I love him and I don’t want to leave, but how can I stay with a man who would lie to my face the way he did? I asked him if he’d been with another woman and he told me he hadn’t been inside another one since me. I gave him the perfect opportunity to come clean. It would’ve hurt but I’d have eventually gotten over it. At least it would’ve been the truth. He knows how much I hate lies.

I run my fingers through his dark hair. “We’ll talk about it tomorrow when you’re not hammered.”

He’s still holding me around the waist but he fists the T-shirt I’m wearing and pushes it up to bare my stomach. “I can just see you with a baby on the way.”

Oh, God. Why does he have to say things like that right now? “You’re drunk and you need to sleep it off.”

He pokes me with his finger below my navel. “I want to marry the shit out of you and then I want to put a baby inside you as soon as you’ll let me.” He puts his finger under my piercing and flicks it up. “But I don’t know what will happen to this little jewel when your belly grows.”

I feel euphoric hearing him talk about marriage and babies, but then I remember why he’s drunk and saying things like that. “Be a good boy for me and lie down on the couch.”

“No! I’m pissed off at you. You’re not going to sleep next to me like nothing happened.” 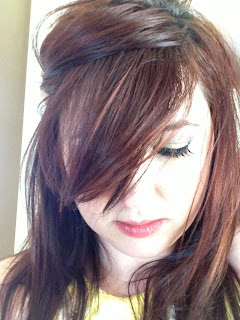 Georgia resides in rural Mississippi with her wonderful husband, Jeff, and their two beautiful daughters. She spent fourteen years as a labor and delivery nurse before deciding to pursue her dream of becoming an author. Despite the struggle, she has no regrets in her decision to try this crazy life. She can honestly say that she’s living the dream.