Tour: From Hel, With Love by Blue Remy (Review) 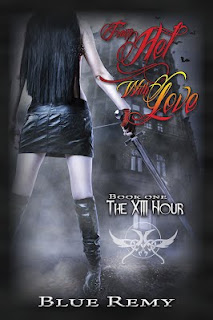 Title: From Hel, With Love
Series: The XIII Hour #1

Tagline(s): Hel hath no fury like her Raven scorned…

Summary: Fallen Valkyrie Legionnaire, Raven Aquilus, has always known she was an outcast to her kind. Stuck in New Orleans as the Protectress of the Nine Gates of Yggdrasil, she lives as close to the edge as her family will allow. One fateful night would change it all – Someone ritualistically slaughtered a guardian in one of her Gates, leaving Raven lying in a pool of blood. Ordered to find the killer before she dies along with her precious guardians, Raven is placed in a race against time, being forced to enlist in the help of a Human FBI paranormal agent. Together they must stop the serial murders before an ancient war reignites – and Raven loses everything, including a new found love, all to a jealous half-breed … 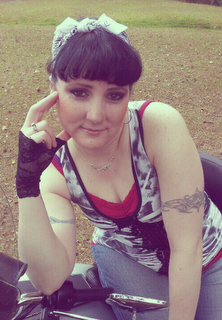 Native of Santa Maria, CA, Blue Remy is the author of The XIII Hour™Series, and the raw, gritty series Twisted In Love. When she’s not writing, Blue lives to ghost hunt whenever she can, which tends to help her imagination and outrageous character ideas. She was first introduced to the paranormal world through her Grandmother and her haunting bedtime stories. Blue then found the Grimm’s Faery Tales, and fell in love with spinning wild stories about the evil characters that everyone hated, giving them their own past and history to be told. Blue is a total fan girl when it comes to anything Wonder Woman. She collects Living Dead Dolls, rubber duckies, Sugar Skulls, stuffed animals and tarot cards which she is an adept reader of. Blue currently resides in the paranormal hub of the South with her husband, who feeds her gourmet coffee and cupcake addiction. Blue Remy is a member of The Paranormal Romance Guild.