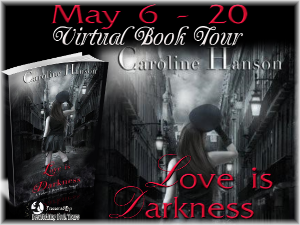 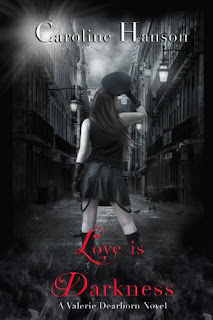 In London for graduate school, Val knows she's finally free. Her father and ex-almost-boyfriend are back in California and she's out of the Vampire hunting biz for good. Or is she?

She draws the attention of Lucas, a 1600 year old Vampire, and King to his kind. He’s also wicked hot. As golden as Lucifer, and just as tempting, he makes Valerie an offer she can't refuse— help him find out if the Others (Empaths, Fey and Werewolves) still exist or he'll stop protecting those she loves.

Lucas tells her that Empaths were a Vampire’s biggest weakness before going extinct hundreds of years ago. While the Fey or a Werewolf might kill a Vampire, an Empath could enslave them, seducing or harming with emotions at will. The one detail he leaves out? Valerie is an Empath.

And after 1600 years of an emotionless existence, Lucas wants Valerie like a recovering alcoholic wants a wine cooler.

Can she keep those she loves alive, stop Lucas from munching on her, survive a fanged revolution and still find a way to have that boring, normal life she’s always wanted? Probably not, but boy is she gonna try!

This is a full length novel and contains adult content.

Decision made, Lucas grabbed Roberto, biting into his neck before Roberto could defend himself. Blood coursed into him with a hot rush. The taste was bitter because it came from another vampire, but underneath that was a faint sweetness and spice that infected him.

Just a taste and then I’ll stop.

He knew that for a lie. He’d stop only when the blood finished riding him.

Lucas drank furiously, like he’d just emerged from the desert, some unknown amount of time passing before he became aware of himself and his surroundings. Gathering himself, he forced himself to slow his drinking, feeling a physical pain as he released fangs from flesh.

He threw Roberto from him and Roberto scrambled away, his hand at his neck, holding the torn flesh together.

Lucas paced away from Roberto, hand over his mouth. What am I doing? His hand was frozen, blood coating his lips and now his fingers. He wanted to lick his lips, suck his fingers clean, go back to Roberto and find more. What a mistake.

His hand trembled, in moments he'd be overwhelmed.

His whole body pulsed in time to his heart, the blood snaking through him, leaving each nerve, blood vessel and cell altered and waiting for the magic to strike.

He was a rod in a lightning storm.

Was there even time to dispose of Roberto before he succumbed to the blood? He had to kill him, couldn't risk anyone finding out about the daughter.

Swiftly, he went back to Roberto, circling behind the crying man, hiding death for a few moments longer. With one solid blow his fist punched through Roberto’s back and into his chest, gripped the man’s heart in his hand and tugged it free, Roberto dissolving into ash.

Lucas felt caged, the need to move, run, cry, laugh and hurt all vying in him for control.

He could control himself. After almost two thousand years he was his own master. He was the oldest and the strongest. Lucas was his own law.

Emotion touched him like a cattle prod and he fell to his knees, dead heart pounding in a staccato rhythm. His hand rose to his chest like he could catch the sharp pain knifing from his heart outwards.

Then it was gone. For just a second he thought that was it, that over the last four hundred years he’d become so deadened and powerful that the magic touched him, sputtered and died.

Then there was a pulse.

A small kiss of sensation that was almost visible, like heat shimmering off asphalt, tickled down his spine.

This was a fatal mistake.

Emotion crashed over him. Feelings of joy filling him until he wanted to laugh like Roberto had, laugh like he was happy, carefree and mortal. But he couldn't remember how to laugh, a rough sound erupting from him instead.

The feeling changed, became a heavy pulse that left a deep throb in his sex. He was suddenly hard, full to bursting, aching painfully. Desire gripped him and he began to tremble in his need to—

But the blood twisted through him, invaded every cell and molecule of his being, urging him onwards.

He'd forgotten this power. The tide of emotion that even a small amount of blood had upon him.

Lucas remembered being a man, the pleasure taken and given. He could almost smell feminine heat around him, what it was like to feel a woman's thighs lock around his head in pleasure. The whimpering cries as he kissed her deeply. Once he'd become a vampire, sensations and feelings had become muted, but not now. Now he felt human again.

Desire became a fire within him, consumed him so that he was nothing but need. He fell to his knees, staring at his fisted hands. He swore, surprised to find his own hand gripping his cock. His hips rose jerkily, body demanding release even as his mind resisted.

His whole body seized, feelings of pleasure twisting within him, the power rebounding. He shouldn't fight it, he knew that, but it went against his nature to give in, and so he tried to hold out against the blood's call.

His breath sawed out of him as he remembered the blood's rich sweetness. He squeezed himself reflexively, the memory of flavor flashing through his mind and then his body.

Like a landslide, the orgasm swept through him, his mental shields collapsing and he felt the heavy spasm of his cock as he came. He breathed heavily, unable to move as the aftershocks of pleasure gripped and released him.

Stumbling to his feet, Lucas went to his rooms, discarding his clothes haphazardly on his way to the shower.

His mind raced and he remembered the world as it had been centuries ago. An uneasy balance of vampires, witches, werewolves, empaths and Fey. For centuries there had only been vampires, the Others gone. But an empath had escaped. Maybe the vampires were not as alone as he’d thought. Maybe the Others were scattered or hiding. What if they could come back? Restore a balance to the world and keep vampires under control. Could he find them? Did he want to?

The thought was… intriguing.

And then he remembered the dead empath had a daughter. 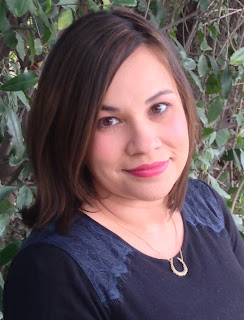 Caroline Hanson grew up in California and moved to London in order to dance and go to pubs. Adulthood ensued and she returned to California, bringing back her very own Englishman.

After becoming an attorney she had two children and now tries to parent, read, write and play tennis. She's heard rumors that other mothers clean and cook but is trying valiantly to keep those rumors from reaching her family.

In terms of TV she's big into Game of Thrones, anything by Mr. Whedon, Ms. Plec or Ms. Rhimes because she likes a love story-- the more messed up and disastrous the better!

Her books have been on various Bestseller lists and she loves to hear from fans so long as they understand that Lucas is not real, she can't hook them up, and he CERTAINLY isn't chained to her bed.