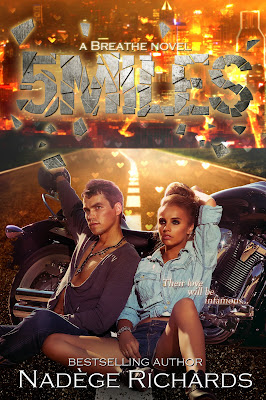 
It’s been four years since that night at the river. That night on the alabaster hill where Trinity Ayala swore on her soul that she’d fallen in love with a heart-breaker, willingly.

2 months, 7 weeks, and 1,460 long days. They were carefree—limitless and infamous, he’d told her.

But after the accident that nearly cost her everything and her father called it quits and ditched, Trinity vowed to make something of herself and someday leave town with hopes of becoming a writer.

Four years is a lot of time. Enough time to forget Elijah Marciano and move on from her life on the streets. But when she runs into the hazel-eyed dare devil from her childhood at a fraternity party, one drunken night of passion lands her back in his clutches. And he’ll do anything to keep her there, even if it means turning her away from her fiancé and the mirage of a life she’s built to forget her past. Trinity soon finds herself shrouded in a world of heartbreak, betrayal, and one ugly affair with no way out.

Only, Eli—once the troubled kid from apartment 309—has a few secrets of his own. Secrets he’s kept hidden for months, and Trinity is no better. When they discover just how deep the lies run, vows are broken and, in the end, hidden truths are bared to the open.

Their love will be INFAMOUS.

Eli liked things he could control, I knew, and where feelings were involved, his control wasn’t.

So instead he hid from the things that’d make him regret or forget. The things that would give him any reason to doubt or give up. And who the hell was I to tell him he was wrong?

The things that could be controlled, though, was this moment. And Elijah kissed me like it was a natural-born instinct. We had our story and they had theirs. No, ours wasn’t exactly beautiful or magical, or any of those things they made us believe in. More often than not, we cried and were reckless with every decision. Those feelings we held onto in that moment were ever-changing; we did the impossible and never doubted for a second that we’d do it again. Because in our story there were no rules to hold us back or people to judge and misuse us. We were limitless.

To read the FULL prologue: http://authornadegerichards.blogspot.com/2013/04/prologue-sneek-peek-from-upcoming-na.html 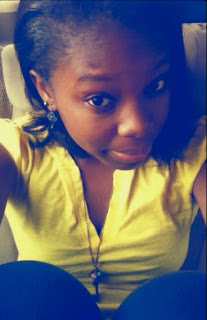 NADEGE RICHARDS is the bestselling author of the Bleeding Heart Trilogy, the Bionics Saga, and the new adult Breathe Novels.

Born in New York and raised in Pennsylvania, she has traveled to five other states and two countries, but aspires to travel the world someday. Her name is of French origin, though she's never been to France. Forever a lover of art and all things pertaining to Literature, she hopes to obtain knowledge from her writing career, rather than popularity or fame. She wrote her first story about aliens and goats in the 8th grade and has had a passion for story-telling ever since.

When not reading, writing, and blogging obsessively, she's usually found hiking, studying, camping, or at home with her family. She's been a martial artist for two years, a singer for three, and always seeks a common ground in everything. She considers her writing very personal, as she's always been a private person. She enjoys writing about what could or should happen, rather than what did happen--she's a dreamer and a procrastinator.