Tour: Shadow of the Mark by Leigh Fallon (Review/Giveaway) 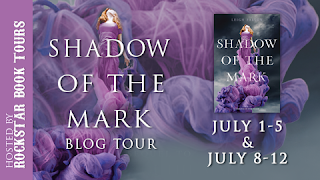 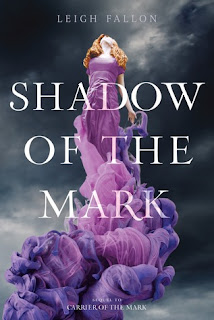 Title: Shadow of the Mark
Series: The Carrier Trilogy #2

Tagline(s): Their love could destroy them all.

Summary: Through the ages, Marked Ones have harnessed the powers of the four elements: Water, Fire, Earth, and Air. Much about the elements is shrouded in mystery, but one thing is certain: A relationship between two Marked Ones has the potential to cause widespread devastation.

Megan and Adam—Air and Water—are determined to defy the risks.

But the power that swirls inside Megan is growing in twisted ways. And the closer she is to Adam, the closer Megan comes to unleashing a dark force that could spell destruction for the entire Marked line.

This book in the Carrier Trilogy was really heartbreaking. By the end, I was ready to fight just like Megan. A book that can make me feel what the character is feeling, as if they were my own emotions, is a powerful story and some of my very favorites. I can't wait to see where this series goes next!

Leigh Fallon was born in South Africa, raised in Dublin, Ireland and moved to Cork in her 20's. While living in beautiful Kinsale, her novel, The Carrier of the Mark was conceived. She promptly abandoned her 'riveting' career in corporate treasury and discovered Inkpop, a website for budding writers of teen fiction. Within weeks her manuscript hit the coveted top five spot and was reviewed by an editor at HarperCollins. A few emails and some hysterical screaming later, she signed her first deal. Leigh and her family now share their time between Ireland and the US. 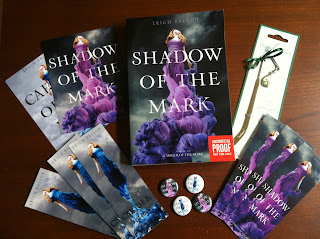