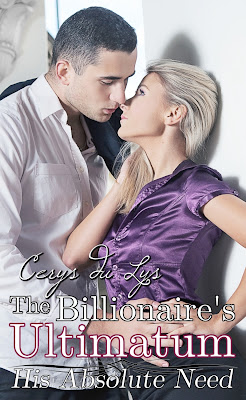 Falling in love wasn't part of Jessika's temporary job description. Nor, initially, was being asked by billionaire CEO Asher Landseer to become an egg donor and surrogate for his infertile wife. All Jessika wants to do is help, but is she setting herself up for heartbreak in the process?

Screwing up on her first day of a one-day job is the last thing Jessika Fevrier wanted to do. Worse yet, she's managed to infuriate Asher Landseer, the young, handsome, reclusive and eccentric billionaire CEO of Landseer Enterprises. His idea of work performance punishment is unorthodox to say the least, but Jessika finds herself intrigued by this singularly unaffected man nonetheless.

She was only supposed to clean Asher's office, but before she leaves for the day he has another job he'd like to offer her. Revealing that his wife is infertile, Asher asks her to consider becoming an egg donor for his family. He's always wanted children of his own, but the fates have plotted against him, it seems.

Asher's marriage is of necessity, rough and possibly loveless, but his desire for children is genuine and real. His absoluteness and certainty in himself and his surroundings, despite everything, captivates her. Jessika finds herself charmed by this dominant, enigmatic man who seems to know everything about business and nothing about love.

Behind the scenes, there's more than the fates plotting against him. Someone has it out for Landseer Enterprises, and they're going to do everything within their power to cause Asher's downfall. Between dealing with Asher's conditions and requirements, the cruel gaze of his spiteful wife, and corporate sabotage, Jessika finds herself lost in a world completely different from the one she's used to.

Can she rediscover herself and come to terms with her impossible feelings for a man she can't have? Or in her attempts to satisfy His Absolute Need will she inadvertently become the catalyst that leads to his (and her) ruin?

Dominant, sexy, and powerful. This tantalizing story of love, lust, intrigue and suspense will bind you, entwine you, and thrill you until the very end.

My hand crept towards a copy of Dante's Inferno. Leather bound, with a gold, gilt-stamped title on the cover and spine, and more gilt lining the edges, it looked like a book collector's dream. I stared at it, rapt, letting my hand caress the cover, feeling the rough leather against my fingertips. The book had a crisp smell with a tinge of masculine warmth, like a freshly worn man's leather jacket.

There was no possible way Asher Landseer had read this. Absolutely none.

Except when I opened it, it wasn't stiff. And there were dogears on a few of the pages. I moved to the first, wanting to see what he'd found so interesting, and...

"Midway upon the journey of our life, I found myself within a forest dark, for the straight forward pathway had been lost," a calm, confident voice said from behind me.

I panicked, tossed the book back onto the bookshelf, and turned to face the unknown speaker. That would have been it, except I was confronted by Asher Landseer himself. He stared at me with his cool, steel blue eyes. He looked none too happy with me intruding on his private space, browsing through his bookcase. His pristine, pitch black suit without a wrinkle anywhere, his short-cropped hair, barely an inch in length, and his sharp, powerful jaw making him look unlike anything I ever imagined a businessman should look like. I briefly imagined him stepping out of a helicopter in a spy movie, playing the role of a debonaire CIA secret agent.

My heart skipped a beat, my pulse soared, and my stomach fluttered. My knees grew weak and I almost couldn't stand to look at him anymore, like I needed sunglasses to stare at him head on. I tried to step forward and apologize but one of my high heels caught on a bevel in the tiled floor and I toppled forward.

Asher swooped forward and caught me. This isn't happening, I told myself. This is too strange, too unknown. I must have fallen asleep, or become delirious in his office.

No, I wasn't. No sooner than he caught me, the collector's copy of Dante's Inferno fell from the shelf I'd tossed it on. I watched it hit the floor, cover and pages splitting open as it descended, and then... crack! 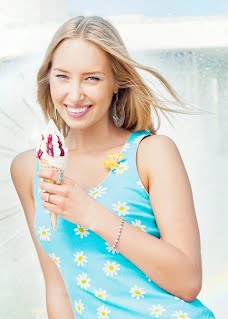 She lives in the Greater Boston area in a small town in New Hampshire. She spends her days writing, reading, learning, and working. And maybe sometimes she flirts with the mailman. Some of her most favorite activities involve understanding and learning about emotions and relationships.

She prefers romance settings, with the occasional monster or fairytale. Her secret kinks include reluctance, interesting paranormal creatures, romance(even with monsters), and fun. She loves writing about all of these things, though very strongly acknowledges that fantasies are fiction and nothing more.