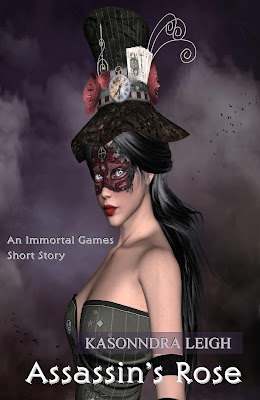 My mother once told me life is a lot like a card game.

She said you can either accept the hand you have been dealt, or you can create a new play, make your own rules, and win the game one card at a time.

I loved my mother with all my heart. She’s gone now. He took both my parents away from me. I’m talking about the Angel of Chaos, the one who plans to destroy both the human world and mine.

I can’t let that happen. He and the ones who serve him have already taken so much from me. I do believe it’s time for a little payback. I will have the final say. With my lover by my side, I can conquer anything.

I will turn the game around...and win.

For I am the assassin; and revenge will be my rose.

**This story contains sexual situations and mature language. It is intended for an audience at 17+ years of age.**