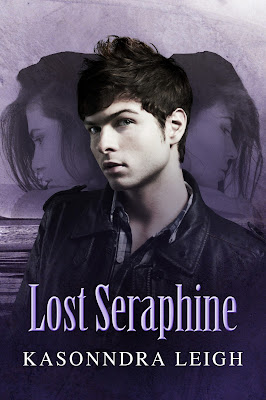 Life should be a little more sane now, right? Wrong! It’s kind of hard to ignore the walkers, fallen souls taken by the Angel of Chaos. Oh yeah, only Caleb can see them.

After saving his girlfriend from the wrath of a sea witch, Caleb finds himself faced with a new problem…understanding the strange tattoos showing up on his body. He must also deal with his Lost Seraphine, the girl who left her family behind to save the boy she loves. The same girl who just happens to be the daughter of a mythological god.

Gia gave up one of her powers to be with Caleb. She knew that she was connected to the Dark Seraphine in some way.  You see, there’s a prophecy, something she always believed to be a fairy tale linking her with the girl who also wants Caleb. Haunted by visions of her dead brother, Gia realizes she has made a terrible mistake. The ability she gave up is the one thing she will need to keep her boyfriend safe.

Will Caleb be able to accept the things he will learn about his real father while trying to save the girl he loves from herself? Book Two of the Seraphine Trilogy and prequel to the Lost Immortals Saga is coming soon. 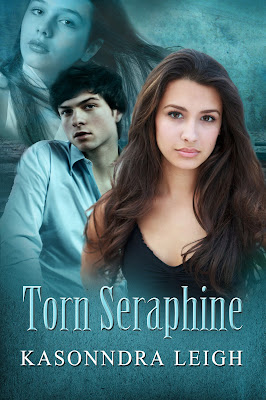 Once upon a time an angel fell in love with a mermaid. And the god of the sea cast a curse.

When Caleb Wood accepted his celestial heritage, he was given a gift from the dying sea king, a way to protect the girl he loves. But Gia still fights her connection to Erica, the girl bound to Caleb by the Angel of Chaos. Caleb’s new ability hasn’t been strong enough to break the link.

Caleb faces two choices. He must decide if he will accept his heritage and fulfill a prophecy that will wipe away his memories of Gia. The laughter, the kisses, every single touch and emotion they have shared will be gone forever. Or he can stay, help her fight to save her home and live happily ever after. But doing so will ignite the prophecy and threaten everyone Caleb and Gia loves.

Under the new sea king’s rule, Gia’s people are divided, and she doesn’t know who to trust. Gia must find a way to alter the prophecy, even if doing so means betraying the new king.

Will Caleb give in to the darkness? Or will he fall into the arms of the girl he loves? Find out in the explosive conclusion to the Seraphine Trilogy.

Some other common tidbits…hmm. I’ve watched the movie Under the Tuscan Sun almost 200 times. Seriously, the way I see it is if I keep watching it enough, then suddenly the house that Diane Lane lives in will magically appear in my backyard. I know. I have a huge imagination!
Author Links:
www.kasonndraleigh.com
http://pinterest.com/alestasia/an-aria-in-venice/
Newsletter Signup: The Seraphine News
Join thousands of Musical Interlude Fans on the Facebook FanPage:
https://www.facebook.com/KaSonndraLeighBooksPage