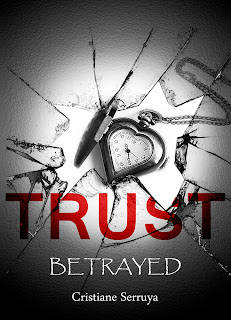 
Alistair and Sophia have found each other. Their hearts are opening to love again and they are set to have their 'happily ever after'. Or so it seems.

BETRAYED, the second installment of the Trust series, journeys back into the past to reveal their secrets and dark deeds.

Sophia, the ravishing owner of Leibowitz Oil, is determined to have a relationship with Alistair, but a dark and terrible secret lurks beneath the surface she presents to the world. Will she be able to find peace within herself?

Ethan, a steel tycoon, no less haunted by his secrets and lies, is still in love with Sophia after their short lived relationship. He now lives in an alternate reality he has created, because the loss of Sophia is too unbearable to face. He will pay any price to have her. Will he have her back in his arms or will he overcome his loss and move on?

Sophia, Ethan and Alistair will need to overcome their guilt, fear and pain and learn to see themselves through forgiving eyes.

Or will they succumb to their misery?

“Okay, little girl,” Sophia clapped her hands at Gabriela who was comfortably seated on Alistair’s lap. “Time for bed. Now.”

Gabriela pouted at her mother and then turned her head, looking at Alistair for help. He just smiled at her and motioned his head to Sophia.

Sophia looked at her watch and sighed, “Okay. But only five.”

Gabriela beamed at her mother, “Thank you, Mama.” She turned to Alistair and asked, “Tell me another story, please?”

“A short one,” he said as Sophia sat on the sofa beside them and put Gabriela’s bare feet over her lap.

Alistair smiled at Sophia, as he started the story, “Once upon a time, there was a prince. He was very tall, handsome and rich. But he didn’t have a princess-”

“What was his name?”

“Ugh! What an ugly name.” Gabriela puckered her turned-up nose. “Are you sure he was a prince?”

“Aye. I’m sure,” he smiled, delighted. “So. The prince was very much alone in his big, big castle. One day, he decided to hold a contest to find his bride. All the women in his kingdom would have to go.”

“Very well. Only the beautiful ones.” His grin broadened as he put an arm over Sophia’s shoulder and pulled her closer.

She sighed happily and nestled herself on his side, listening to the story of the prince called Ronnoc Riatsila, thinking that she wanted his princess to be called Aihpos.

“But can’t my driver just pick up the prescription?” Alistair paused as he listened to what Doctor Lodes’s secretary told him on the phone. “Aye, of course. I’ll be there.” He hung up and rubbed a hand on his neck. What could be this urgent? It’s just a prescription.

As he left his office with a bad feeling in the pit of his stomach.

“Hello, Doctor Ben. How are you?” Alistair hugged the doctor and entered his office.

“How are Aunt Elizabeth and Mark?”

“Everyone’s fine, son. Everyone’s fine,” Doctor Lodes repeated as if to assure himself that what he said was true. He motioned for Alistair to sit on the sofa at the end of his office.

Alistair frowned at the strange behavior but complied, sitting on the comfortable gray sofa and stretching his legs. He was tired. He had been working like a mad man lately. “I haven’t seen Mark for a long time. He’s disappeared.”

Doctor Lodes scratched his bald head and sat next to Alistair on the sofa. “You have been too busy to see your friends, Alistair Connor. Mark got married last week. We missed you at the wedding.”

“What?” Alistair sat up on the sofa. Mark was one of his best friends. “I didn’t get the invitation.”

“We sent it to your apartment. Heather rang us and talked to Beth. It seems you had a trip planned.”

“We did travel, but I would have postponed it if I had known that Mark was getting married. It wasn’t that important. We went to Saint Barths for the weekend to celebrate our anniversary which was in February.”

“Well, too late now, son.” Doctor Lodes shrugged. “See that you don’t miss Johansson’s wedding in two weeks. His father told me that Heather has declined as well.”

“Did you receive the last results from Heather’s exams?” Doctor Lodes continued.

Oh, damn. I forgot Heather’s exams. I don’t even know if she did them after the treatment. Alistair looked sheepishly at the older man and shook his head.

The doctor’s face showed no surprise. “Well then. Alistair Connor, I don’t want you to become nervous with what I’m going to tell you.”

“Too late for that, Doctor Ben. I’ve been freaked out since our appointment in December.” Alistair almost laughed. But his doctor and friend had such a stern expression on his face that he knew this was no time for humor.

“My boy, I received the confirmation that the moxifloxacin was effective and that the bacteria were eliminated. Nonetheless... It took too long to diagnose and the damage… Treatments are evolving and maybe in the future they can reverse what’s happened-”

“You’re scaring me, Doctor Ben,” Alistair shifted on the sofa and leaned toward the doctor to better look at his soft brown eyes.

The doctor thinned his lips and looked away for an instant.

When he looked back, his face showed a piercing sadness. “I’m so sorry to have to tell you this, Alistair Connor. I’ve known you all your life and I love you as if you were my own son.” He shook his bald head and a cold dreariness sifted through Alistair’s bones. “But the test results arrived this morning. I still had hope…” He inhaled deep, rested his hand over Alistair’s and blurted, “Son, I’m sorry, but the disease has made you infertile.” 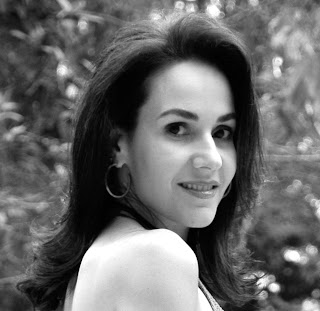 I live in Rio de Janeiro, Brazil, with my husband and two daughters. I'm a lawyer, who specializes in cases of sexual abuse and violence against children and women. I also have a Masters in Business Law and a BA in Fine Arts.

I've always loved to read, write and listen to music. I lived and studied in England, France, Italy and Switzerland. Traveling is one of my passions - as is keeping fit and healthy.

After twenty-two years of practicing law, I decided to give writing a go. And - amazingly - it was just the piece that was missing in my life.