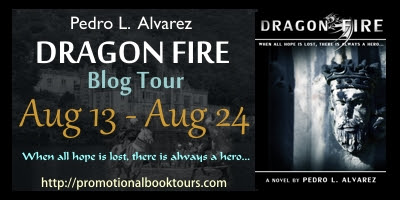 Excerpt from the Prologue

Bathed in moonlight, the tops of the forest trees swayed to the whisper of an eastern breeze; their silver-clad leaves winked and shimmered. To Roimas, it seemed as though beauty itself had lost its way and had stopped to rest in Paraysia’s haunted forest. Beyond the woods, behind a thin cloud cover, the Twilight Mountains loomed like an illusion.

He gazed into the darkness among the trees, watching the Shadows—creatures of the dark with storm clouds for eyes, liquid skin like the night itself—dance in and out of moonlight, taunting him, calling out to him in whispered howls. The first chill of winter pressed against his over shirt. As the gusts changed direction they lifted his hair from his shoulders. The long strands flowed behind him, exposing the back of his neck to the cold. It drove a shiver down his spine.

He brought his hand to his hip and rested it against the hilt of the sword his shirt concealed. Despite its roughness—no carvings on the scabbard, no gold or jewels on the hilt, no mark of the royal smith on the steel—the short sword reminded him of the elegant weapon he once wielded as a young man in the King’s service. He caressed the worn leather strips wrapped around the hilt of the sword and sighed, breathing as if drawing strength from it until the shivers subsided.

Telias stood at the open door of the farmhouse behind him. Roimas knew she was there; he sensed his wife in the same way he often guessed when a storm would fall upon the kingdom—a gentle tug at the back of his mind begging for attention. He lowered his gaze, away from the wraiths in the forest. In his mind ran a memory from only days ago of Telias standing before him with grinning eyes, proclaiming that he was gifted, that he could pass his fingertips over the very surface of the world and tell the reasons for its suffering. "You are truly a sorcerer in hiding," she often said. "So I am glad at having married an enchantress," he responded.

With his back to her, Roimas pictured Telias standing in the threshold, her milk-white face haggard, dominated by purple sacks of anguish under her eyes. He did not turn around to look at her; a part of him didn’t want to—he felt shame in that. When at last she spoke, it was against the wind.

“He has no strength left,” she said. Her voice trembled.

Roimas shut his moist eyes, sure that tears filled hers, as well. His shoulders ached with the weight of that thought.

“The Spirit watches over him,” Roimas said. “It—“

“The Great Spirit never listens anymore; it is dead,” Telias shouted. The wind swept up her voice and thrust it back at her, transforming it into a whisper in Roimas’s ears. When the echoes faded, she sighed. “Has been for years.” 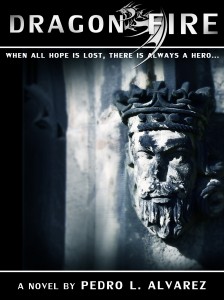 At nineteen, Delcan wants nothing more than to break the bonds of what the world expects of him; winning the tournament at the Flarian Festival and earning a place as a squire is the only way he knows how. When he discovers his own father’s secret past and his role in the kingdom’s history, Delcan’s life as a squire suddenly becomes complicated; when he falls in love with the princess, Aria, it turns deadly.

Dragon Fire is the story of a farmer’s son and a princess who dreamed of becoming a knight. It is a coming-of-age tale set in a world where the young have no hope and the old no longer believe in magic. With compelling characters and vivid language, it is an action-packed story of romance, hope, sacrifice, and the most unlikely of heroes.