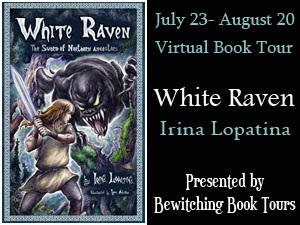 The promotion is extended to any readers that come from White Raven blog tour hosts for 14 days after the date of the tour stop. All they need to do is mention the blog name they seen the promo on in the notes field and Light Messages will honor the promo deal.
www.lightmessages.com/whiteravenpromo // whiteraven.lightmessages.com 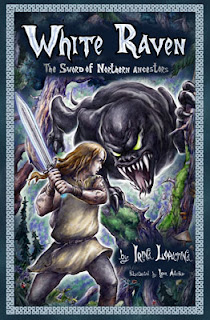 The fate of Areya rests with the lost sword Urart. Will White Raven retrieve it before it's too late?

In the kingdom of Areya, humans, animals, and the magical creatures that inhabit the Eternal Forest have long coexisted peacefully, but now something is horribly wrong. A terrifying stream of monstrous creatures has begun to emerge from the secret depths of the earth, terrorizing all of Areya's native inhabitants. From the tiny, wise drevalyankas to the bellicose cave-dwelling gnomes to the devious kikimoras who gather roots and herbs in the marsh, everyone is in danger.

With the aid of Urart, the magical sword that has been passed down from the time of the ancient northern ancestors, Grand Duke Vlady can offer temporary protection to his people. But Prince Vraigo, Vlady's nephew, who is endowed with magical power himself, understands that the source of the evil monsters must be found if there's any hope of survival. Along with a motley crew of his forest-dwelling friends, Vraigo sets off on a perilous quest in search of the koschei, the powerful, corrupt Archmagus whose mission is the destruction not just of Areya, but of the entire world.

As if this weren't bad enough, Urart disappears from the duke's stronghold. Without it, Areya is doomed, and only Vraigo, the White Raven, can possibly get the sword back. This journey requires Vraigo to use all of his keen wits and magical abilities, as well as to ally himself to dangerous creatures like yagas and werewolves, natural enemies of man, and precipitates the young prince into the most bewildering, complex challenge he has faced yet: life in the twenty-first century. 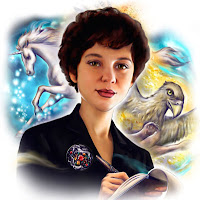 Irina Lopatina lives and works in Siberia, Russia, but her homeland has an even more wonderful and exotic name: Altai. It is a unique place where old Altai Mountains rise high up to the sky, centuries-old forests stretch out as in ages past, and mighty Siberian rivers flow along the plains. Altai is one of the few places in the world where huge, densely populated cities coexist with pristine wild places. Moreover, this is an area of the earliest human civilizations, through which the great migration of people from eastern lands to Europe once took place.

While studying at the Altai State University, Irina devoted much attention to the past of her native land. As a student, she went to the archaeological sites of ancient settlements located on the mountain plateau, where it was only possible to arrive on foot. She remembers moments when it was quite easy to imagine how the ancient people had lived, what creatures neighbored them, and what adventures took place in these vast spaces. Irina needed take only a small leap from there to White Raven, his friends, and his enemies who were ready to begin a journey through the Eternal Forest of Areya.

Of course, it would have been much more difficult for her to create her stories if Irina had not been inspired early on by the works of many excellent fantasy and science fiction writers such as J.R. Tolkien and Ursula Le Guin, the Russian authors Nick Perumov and Svyatoslav Loginov, as well as the wonderfully charming Russian fairy tales where a brave prince, his faithful grey wolf and the evil koschei always live. And so it happens that Irina's novels are the stories of a distant, semi-fantastic land which, who knows, may still exist next door to us. 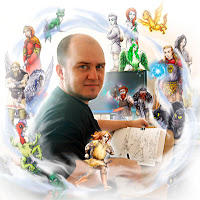 Even as a child, Igor Adasikov knew that he would be an artist.

While studying at an art school, he devoted much of his time practicing classical drawing, seeking to depict the world around him as fully as possible. His works often won awards in Russian art contests, and he continued his education at Moscow Art Institute. After graduating from the Institute, Igor worked as an artist preferring realistic painting, such as portrait and landscape. However, his rich imagination still needed an outlet and manifested itself in full while illustrating the fantasy novel, White Raven: The Sword of Northern Ancestors.

Here, in the surprising fairy-tale world, void of any boundaries, the artist found the nourishment to feed his creativity. Having traveled with the heroes through the whirlwind of adventures, he worked to give readers a visible image of Areya, bringing to life the magical creatures that inhabit the land, and making friends with the heroes of this fascinating story.


In alliance with the wolves
A Guest post by Irina Lopatina, Author of White Raven 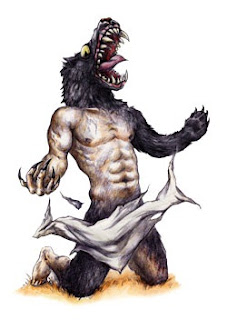 We’ve all read, seen and heard many stories about murderous werewolves who lay in wait for the right moment to attack defenseless people. This image is formed by many sources starting from various folklores and ending with Hollywood movies. So, it seems there are no options – if you meet a werewolf, you need to have a silver bullet, or get ready to be eaten. Russian fairy tales are quite an amusing exception to this tradition. Just imagine – in the country that was covered with forests full of wolves, stories were created in which this “gray forest master” played the role of savior and, indeed, almost a brother, to various men and women in distress.

For instance, what if a king would send you to the middle of nowhere to perform an impractical mission––who would help you? Your aid would come in the form of a wolf that you would meet on a forest path. Or, what if a princess would be abducted by an enemy––who would run to search for her along with the grieving prince? It would be the same gray wolf. So, in the fairy tales a wolf would guard his human friend when he sleeps, would give the right advice in a moment of need, and would engage in battle for him. It would be interesting to understand the origins of this loyalty between humans and wolves, but that is the work for social psychologists. I have always been more interested in the fantastical part of these stories.

So, when I decided to write my own fairy tale (I think that White Raven can be called such), I found a place for wolves––for the werewolves that live side by side with humans in the Eternal Forest and try to fight against the alien evil monsters. It’s not wonder, really, that eventually the confrontation with the monsters and the evil koschei becomes a common cause for humans and werewolves. They become reliable allies in this fight, because even the natural evil forest magi such as werewolves never wanted to destroy everyone and everything. Werewolves love the world around them in their own way, and, together with humans, will stand up for its defense when disaster looms over their land.
Posted by Christina @ Biblio Thoughts at 12:01 AM