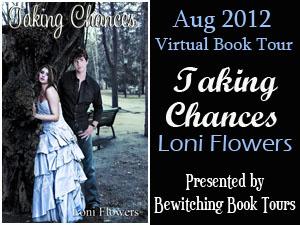 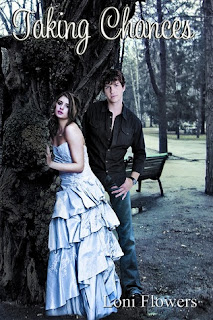 After losing everyone he's ever loved, Alex turns to the streets in a self-destructive pattern until he finally ends up in Springhill, where he tries to make a new life for himself.

Clair’s childhood was normal until age thirteen, when her father left the family and she never heard from him again. Consequently, her mother went into a deep depression, forcing Clair to grow up quickly.

After finishing high school, Clair’s heartache over her father’s absence as well as her unbearable mother drive her to strike out on her own. But having nowhere to go and no family to speak of, Clair wanders aimlessly from town to town, homeless, and without purpose. Looking for work wherever she goes and living hand to mouth on the streets is tough, Clair discovers, but living with her mother is worse.

Now twenty-one years old, Clair has found her way to the last place she and her family took their final vacation as a family--Springhill. While in town, she crosses paths with Alex and their ensuing relationship grows faster than expected. Soon Clair wonders if coming back to Springhill and meeting Alex was the best decision or the worst decision she ever made. 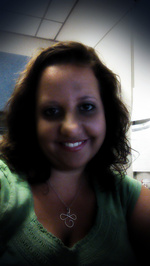 Loni Flowers lives in Eastern North Carolina with her husband; two wild toddlers, who never slow down for a second; and three couch-potato dogs, who only raise an eye when foods around. She spends her days working full-time for a well-known bank. When she's not playing on the internet or chatting on Twitter or Facebook, she spends her free time with friends and family waiting for the next big idea strike.

She enjoys reading most anything, but is a sucker for a good romance story. Contemporary romance is her writing genre of choice but isn't opposed to writing something different should an excellent idea hit.

Alex glanced over at Clair in the passenger seat. She stared out the window as if lost in thought. Her fingers pulled the charm on her necklace back and forth across the chain around her neck. The night definitely went better than he thought it would even though he didn’t really know what to expect. He glanced at his watch and it was a little after eleven. But he liked being with Clair and wasn’t ready for their night to end. Alex couldn’t deny the attraction he felt towards her. He had only dated a few girls after Mia, and when he did, it never lasted. Clair was different. She was vulnerable and stubborn, but determined. And she was the most beautiful woman he’d ever seen. But more than anything, they could relate to each other since both had lived on the streets. He had to ask her out again. He wanted to know her better.

When he pulled up in the driveway, Roz’s car wasn’t there. “She must be at Stu’s again,” he said. “I don’t know why she even bothers living here. She spends all her time with him.”

“Have they been together long?” Clair asked, facing him.

“A couple years, I think. I’m surprised they haven’t gotten married yet. They’re perfect for each other. After everything Stu’s been through, he could really use someone like Roz. She’s great.”

Alex walked around and opened Clair’s door, helping her out as she jumped down. He followed her as she walked to the far end of the yard and sat in the grass. Lying back, she looked up toward the black sky. Alex laughed as he looked down at her. “You know, if you’re that tired, I can get my blanket out of the car for you.”

Clair gave a small smile, tapping the grass beside her with her hand. “I miss it, ya know?”

“Miss what?” he asked, sitting beside her.

“I don’t know, the quietness, the stars. It’s just different. I know, it sounds stupid… it’s just, I’ve been on my own for so long without anyone caring. It’s a little overwhelming having someone care about me now; especially when they hardly know me. Everything Roz has done, I mean, who even does that?”

Alex watched her. She was so animated when she talked. Her face lit up with expressions, her hands waved through the air as if she needed them to help her communicate. Everything was light and easy going until dinner was over. Since the drive home, Clair seemed sad, but Alex let her ramble, venting whatever was bottled up inside her.

“And you,” she said, looking over at Alex, “if it weren’t for you, I wouldn’t be here.” Clair sat up, crossing her legs up under her. “And this date—I mean, this hanging out we did tonight. It was the best night I’ve had since I left home. Thank you for that.” She picked blades of grass with her fingers, tearing them into tiny pieces. “You didn’t have to take me out, but you did it anyway.”

His eyes traveled up her arms to her neck. Her skin looked so fair and soft under the moonlight, it made him want to run his hands over it. “You don’t have to thank me. I wanted to take you out tonight. I’m happy you said yes. It’s been quite some time since I’ve been out on date.” Yes, a date. He didn’t want to just “hang out”; no, he wanted to know everything about her. To hold her hand, touch her skin, and taste her lips. But would she want the same things as he? He still didn’t know.

“Oh, and this,” she said, holding the charm out from around her neck, “you shouldn’t have bought me this. But I do love it. Thank you.”

Alex leaned forward, taking the charm between his fingers. “I’m glad I saw you looking at it. It looks perfect on you.” He laid the charm down against her chest. Lightly, he traced his fingers up the side of her neck, her hair cupped around her face. Alex stared straight into her eyes, dark under the night’s sky. Her lips parted slightly and Alex could feel her breath quicken on his skin. He wanted nothing more than to feel her lips on his. He slipped his hand further up Clair’s neck and heard her breath catch as if she’d stopped breathing. With his face only inches away from her mouth, he whispered, “If you don’t want me to kiss you right now, you’d better tell me.”

Don’t turn that channel, my movies on!

Thanks so much for having me here today on your blog and giving me the chance to share a little about myself with your readers. It’s an honor for you to have me. Today I thought I tell you a few of my favorite movies. These are movies that, when you’re flipping through your one thousand television stations, you stop at a particular one because you just can’t help yourself.

So I want you to prepare yourself, some of these may be your favorites as well. And some of these you may just roll your eyes and think, “What is this stuff this chick is watching??”

I’ve included a movie poster to help rekindle your memory, if you remember them at all.
Wow do I feel old now. I was only seven years old when this came out (don’t even try counting to figure out my age!) I remember watching this maybe when I was ten, back when they came out on a VHS tape and not the DVD… man those were good times LOL

It’s a classic! I know all the music, can practically do the same dance steps (well, not exactly… let’s just pretend I’ve got that big life down!)

http://upload.wikimedia.org/wikipedia/en/0/00/Dirty_Dancing.jpg
No question this is a favorite. It will always be and I can only hope when my kids get old enough to understand it’s brilliance (and read the books) they will always love it too. I have no doubt this series will become a classic. How could it not? This is one of those series that take you on an epic journey of magic and mysteries, where things you think you know aren’t always what they seem. My favorite of this series, for the book and the movie, is The Deathly hallows.

http://upload.wikimedia.org/wikipedia/en/4/4b/Harry_Potter_8_Film_Collection.jpg
Bruce Willis- Chris Tucker- Milla Jovovich… Yes! This is super funny with a very interesting storyline. For me, this is just one of those films I can’t turn past when it’s on!!

http://upload.wikimedia.org/wikipedia/en/6/65/Fifth_element_poster_%281997%29.jpg
Believe it or not, this series was filmed simultaneously and took over eight years to make with a budget of over $285 million dollars.

No wonder this series is fantastic! Yet another series that is sure to become a classic. I love the journey this story takes me on. Someday, I hope I get the chance to read the books. I hear they are even better!

http://upload.wikimedia.org/wikipedia/en/8/87/Ringstrilogyposter.jpg
So this is where you’re probably starting to roll your eyes. I know, I know! It sounds silly and you may even think it is if you’ve seen the movie. But it’s also a really good movie, I love the singing and I still tear up when they all sing at the end for the Pope in Sister Act 1 and when the kids compete in a major competition. I just can’t help it.

http://upload.wikimedia.org/wikipedia/en/6/60/SisterActPoster.jpg
I started reading the books and became an instant fan and it wasn’t until was well into the second book that I found out a movie had been made from it. I watched the movie… did like all of us usually do when you read the book and watch the movie… I compared the two. Of course they have their differences, but that didn’t stop me from being a fan. By the end of the series, I was hooked and I patiently waited for the next movie to come out. All in all, New Moon has been my least favorite book AND movie.

I’m eagerly awaiting the premire of the final installment of Breaking Dawn to be released. On that night, you can look for me in my usual place; sitting in the middle of the top row with my big bucket of popcorn, surrounded by other Twi-hard fans, waiting for the movie to start at 12:01 am. Yes… I will be there!

http://upload.wikimedia.org/wikipedia/en/c/cc/Twilight-dvd.jpg
To me… the best animated movie I’ve seen in so long. The horse—Maximus-- in this… is so, So, SO funny. My husband and I took our two girls to see this in the theater and I believed I laughed the hardest and loudest. I would love to get a sequel out of this but so far only an animated short sequel, Tangled Ever After, was made and released in 2012. And yes, that one too had me rolling out of my seat. Like I said… I love that horse!!

Well, that’s it for me. I hope you didn’t think I was too weird on some of these and if you haven’t seen any of these… I’d recommend you do so.

So tell me, have you seen any of these? Are any of them your favorites? Please share!! And if you have something you think I MUST watch, comment below and let me know!!

Thanks again for letting me spend some time with you today… I sure had a blast!

TOUR WIDE GIVEAWAY:
a Rafflecopter giveaway
Posted by Christina @ Biblio Thoughts at 12:00 AM