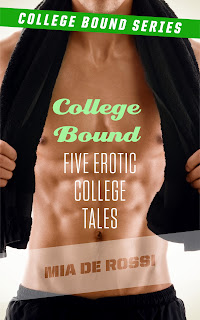 Warning: Intended for those 18 and over.

Pamela Young is a good Mormon girl. She believes in saving her virginity for the man she loves. Luke Hayes is that man. On their two-year anniversary, Pamela decides it’s time for them to take the next step in their relationship. What she didn’t realize is that Luke knows exactly what she wants, and exactly how to give it to her.

Jake Rosenthal sees his college roommate for what he is: tall, muscular, gorgeous, and straight. Or…is he? One hot night, Spencer challenges everything Jake had previously thought about him.

Adam Greene fantasizes about his teaching assistant, Sean Cooper, every single day. When Sean shows up at Adam’s daily swim workout, it seems the fantasies have been mutual. Adam will never look at a locker room the same again…

Sara Winston thought her high school boyfriend was the real deal. When he breaks up with her before she leaves for the University of Chicago, she is heartbroken. Certain she's destined for a life of sexual frustration, Sara unloads on her best friend Dylan James.

To her surprise, Dylan challenges her: he can make her forget about her ex if she agrees to sleep with him. When he promises her ANYTHING she wants in bed, Sara finds herself saying yes. What will Dylan say when he learns the "anything" Sara has in mind includes his new, hot roommate Liam?

Kayla Masters came to the University of Chicago with one goal in mind: Sleep with an older man.

When she meets Professor Kane, a handsome, willing educator, she thinks her fantasy might just be fulfilled. But then, unexpectedly, Professor Pearson, a beautiful lesbian, shows up to their night of passion.

Could this rendezvous turn into something hotter than Kayla had ever imagined possible? And will Kayla get the education she so eagerly seeks?

She lay there, completely bared to him, juices trickling onto her inner thighs. Luke looked at every inch of her as if he was seeing her for the first time. Pamela felt a blush start in her cheeks and work its way to her ears and neck. “What?” she asked softly.

“You’re so fucking beautiful,” he said, leaning down to plant a kiss on her belly button.

His tongue traced the edge, and Pamela shivered. Goosebumps popped up on her skin. Luke began to kiss his way lower, licking and nipping at her soft skin. Pamela’s breath caught in her throat. Luke had never gone down on her before. She’d heard from the other college girls that the pleasure of being eaten out was so incredibly out of this world, but she’d always wondered if she’d enjoy it as much as they seemed to. It looked like she was going to find out.

When he scraped his teeth on her mound, she shivered. He looked up at her, a wicked gleam in his eyes. While their eyes were locked, he pushed her thighs apart and bent his head down to her clitoris. Softly, almost chastely, he kissed it.

Electricity raced up Pamela’s body and seemed to explode in her brain. She arched her back without even knowing she was doing it, raising her hips so he could do it again. A moan began deep in her throat.

Smiling, Luke blew gently on her engorged bundle of nerves. The anticipation was killing her. She moaned again, and whispered a breathy, “Please.”

He grinned, his full lips plump and so kissable. “Please what, Pam?”

“Luke…” She wanted his tongue so badly, but she didn’t know if she could say it out loud. She’d never said anything like that before.

“Yes?” He kissed her mound again, teasing her, not touching her excruciatingly ready clit.

In answer, he bent down and licked her wet slit, all the way from her perineum, diving briefly into her opening, and continuing up to her throbbing clit. His tongue traced a lazy circle around it.

“Oh, God.” She thrust her hips up again, her eyes closing, her body focusing so intensely on the pleasure between her legs. She could feel Luke’s stubble grazing her wet core, and the contrast of that and his soft tongue massaging her bundle of nerves was exquisite. She felt her whole body begin to rock to his rhythm. Up and down and up again. “Oh, Luke, yes!” 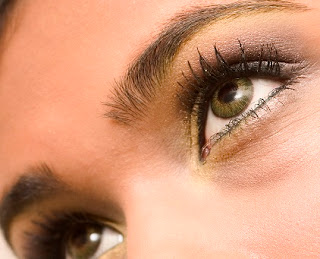 Mia De Rossi counts herself lucky to be able to stay home and write about love and sex while in her pajamas. Since she lives in Charleston, South Carolina, arguably one of the most romantic cities in the United States, she doesn’t have to work too hard to draw inspiration from her beautiful surroundings.

College, for her, was a fascinating experience. She attempts to capture those days of freedom and possibility in her sexy stories.

Her favorite things are wine, chocolate, and books, but not always in that order.