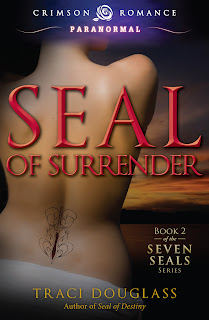 Tagline(s):  Love, like War, will always find a way…

Chago has always been the quiet one amongst his warrior Scion brethren—the brooding, Spanish combat expert with a hidden soft side. A member of Divinity’s covert special forces, he’s protected humanity for more than a millennium. Still, his greatest joy comes not from the battlefield, but from tending the cattle herd on his remote Montana ranch.

Irena’s new assignment takes her straight to the heart of a bloody civil conflict in Sub-Saharan Africa and Chago’s mission demands he follow. Expecting a seething cauldron of female whoop-ass, he instead discovers a harbinger of peace amidst a world of ever-increasing violence. The explosively tense situation is further magnified by the cunning Omega Consortium leader, his ambiguous personal agenda, and an ancient foe whose audacious rise to power threatens the world’s very existence.

Despite the cataclysmic circumstances, an undeniable attraction ignites between Chago and Irena. Together, they must unravel the ancient puzzle of the Seals and discover her employer’s ulterior plans before they both become casualties of War. Soon, both are forced to choose between a past riddled with old torments or risk everything they treasure on a love capable of defeating evil incarnate. 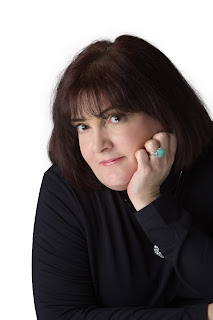 Traci is the author of paranormal/urban fantasy and contemporary romances featuring a sly, urban edge, including her current Seven Seals series. Her stories feature sizzling alpha-male heroes full of dark humor, quick wits and major attitudes; smart, independent heroines who always give as good as they get; and scrumptiously evil villains who are—more often than not—bent on world destruction. She enjoys weaving ancient curses and mythology, modern science and old religion, and great dialogue together to build red-hot, sizzling chemistry between her main characters.

Traci is an active member of Romance Writers of America (RWA), Indiana Romance Writers of America (IRWA) and Fantasy, Futuristic & Paranormal Writers (FF&P) and is pursing a Masters of Fine Arts degree in Writing Popular Fiction through Seton Hill University. Her stories have made the final rounds in several RWA chapter contests, including the 2012 Duel on the Delta, the 2012 Molly Awards, and the 2012 Catherine Awards. An earlier draft of Seal of Destiny won the paranormal category of the 2012 Marlene Awards sponsored by the Washington Romance Writers.

Other current projects include upcoming books in the Seven Seals series and a new futuristic suspense series with hints of the paranormal and plenty of romance.