We are celebrating the release of Love Me If You Dare, book 2 in the Safe Haven series and the price drop (to .99) of Love Me For Me, book 1!! 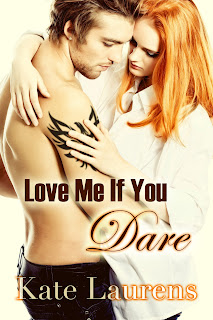 It’s been three years since Kaylee Sawyer has been home—home to the alcoholic mother she can’t handle, home to the painful memories of her sister Ella... and home to the guilt she’s carried for years. About to enter her final year of college, she is determined to come to terms with the mess of her past—and to ignore the guy whose single kiss has been tattooed into her mind forever.

Some things stay the same...

Dylan McKay is still golden haired and dangerous, the flame Kaylee was always afraid to touch for fear of getting burnt. But despite the damage that’s been done, she finds that she still can’t stay away from the one person who accepted her the way she was.

Some things are meant to be.

Kaylee is no longer the innocent girl she once was. Though tragedy ripped them apart before, one look from Dylan brings all of the old feelings rushing back. Torn between her past and her future, she’s not sure if a person can ever truly go home again.

But Dylan doesn’t plan to let her go without a fight. 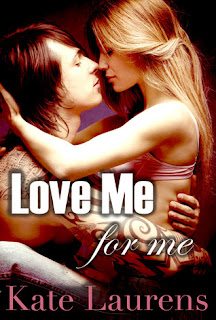 Love Me For Me
Safe Haven Series Book One
Kate Laurens

It’s been three years since Serena King learned to say no—no to the boys that were a desperate cry for help, no to the extra weight she put on in self defense, and most of all no to the abuse that has haunted her since she was fifteen. Now a sophomore in college, all she wants is to be normal.  The last thing she expects is a guy who can make her want... make her want everything.

Alex Blackthorn is a bundle of contradictions, a sexy dark haired badness who goes slow... deliciously slow. And despite the iron will that has gotten her through the last few years, Serena finds herself unable to ignore the heat that sizzles between them whenever they’re together.

Serena never thought she could be involved in a relationship, but Alex makes her long for things she thought were out of her reach forever. When he finds out her secret... when he finds out what she did to keep herself sane... will he still want her, or he will treat her just like everyone else?

And Alex has a secret of his own.

EXCERPT:
Love Me For Me

“Which dorm are you in?”
“MacKinnon.” I had to take two strides for his every one, but I noticed that he tried to keep his stride level with mine as we turned from the street onto the campus. “Which one do you live in?”
I wondered if he would ask me to go back to his dorm with him.
I wondered if I would say yes.
“I live off campus.” I hadn’t been expecting that. Not a lot of students did, because the cost of living in downtown West Haven wasn’t cheap. “It’s just a couple of blocks away.”
“Oh.” My eyes widened, though I tried to keep the surprise out of my voice. I was here on scholarship, and it still barely covered my living expenses. He was a football player and might have a bigger one. Or the shelter might pay really well.
It wasn’t any of my business and I didn’t know him well enough to ask. I bit my tongue, and stayed silent until we’d crossed campus to where my dorm stood.
“Thank... thank you for a fun night.” I smiled up at him shyly. Since I’d never been on a date, I didn’t know what I was supposed to do right now, so I just told him the truth. “I liked it. Really.”
He said nothing, instead staring down at my lips, my smile. Though I knew that he had snuck past my guard, had made me want things that I didn’t have any business wanting, I still felt overwhelmed by the urge to grab him, to pull him close to me and to never let go.
“I’m glad.” My nails dugs into my palms as the silence between us stretched out, thick and heavy.
“Well. Um. Goodnight.” I turned towards the neon lights of the dorm, a stone settling in the pit of my belly.
“Serena.” Alex’s voice was raspy, and it was exactly what I had been waiting for. I looked back over my shoulder, my heart in my throat.
“Yes?” I whispered.
“I want to kiss you.” My skin suddenly felt too tight. He stood beside a battered old car, his hands stuffed into his pockets, the streetlights casting a buttery glow over his face. He wasn’t reaching for me, instead waiting for my consent.
He couldn’t have known how important that was to me.
He was beautiful. He could have had any girl he wanted, yet he was asking me if he could kiss me.
“May I?” His face was solemn. Longing was an ache in my belly as I nodded, jerkily. And then he closed the distance between us, placed his hands on my waist the same way he had while we were dancing, and dipped his head down.
All the wondering about whether or not he was into me flew from my head as he slowly pressed his lips to mine. I had thought he would crush me to him, would devour me with his kiss, but he was slow and in control.
It was no less hot. His hands slid around to splay over my lower back as he tasted my lips with excruciating slowness. My breath caught and I curled my fingers around his upper arms, right where his tattoos lay hidden beneath the soft leather.
Even through the thickness of the jacket I could feel the iron of his muscles, a hardness that spoke of something beyond football practice. I moaned softly into his mouth as my fingers danced, exploring up to his shoulders, his neck.
He made a sound deep in his throat, before backing me slowly against the parked car. I felt the chill of the metal seep through my jacket and my shirt, as he finally closed the last inch of space between us, pressed his body against mine, and deepened the kiss.
“Oh.” I parted my lips beneath the warm swipe of his tongue. I’d kissed with my tongue before, but never like this, never like I was being savoured.
An unfamiliar heat surged between my legs, and I felt the tips of my breasts pucker as they brushed against his chest. He wasn’t doing any more than kissing me, his hands still roaming the expanse of my back, but I felt my breath coming faster, harder.
“Is this okay?” With excruciating slowness he moved his hand from my back, across the stripes of my ribcage, and over to... oh man.
His large palm cupped my breast, over my tank but inside of my jacket and sweater. His thumb strummed over my nipple and I choked out a gasp against his lips, my hips pressing forward into his own.
“Serena.” His pelvis arched into me in response for one, long, satisfying second, and then he pulled back entirely, breaking the kiss, a groan escaping his lips as he did.
I could still feel the hardness of his need pressing into my stomach, the skin there sensitive and overly aware from the touch. There was a quick flash of self preservation in which I wondered if this was wise.
It wasn’t, I knew it wasn’t, but by this point I didn’t care.
My head swam as I tried to get some sense of my bearings back. I vibrated with need, wanting his lips on mine again.
He gave them to me, but in the form of a short, sweet, frustrating kiss.
“Night, Serena.” His hands moved to my hips, squeezed gently, then pushed me towards the dorm.

Dazed, I did as he urged, walking the short distance across asphalt to the front door.
I only snuck one quick glance back over my shoulder, once I’d reached the glass door that had been smudged by a thousand fingerprints.
He was still leaning against the battered car, his arms crossed as he watched me—protectively?
I shivered. The look on his face was of restrained need... and it said clearly that he had claimed me as his.
He waited until I was inside the building, looking back through the glass door, before he pushed off the dented metal and walked away, hands stuffed into his pockets. He left me pondering what it felt like to have someone watching out for my well being.
I was pretty sure that I liked it.

Kate Laurens is a proud Canadian who loves beer, coffee, kickboxing and books. She writes New Adult Romance and falls a little bit in love with each hero that she writes.

Kate loves to hear from her readers. Find her at www.katelaurens.com
She's also on Twitter as @KateLaurens
Posted by Christina @ Biblio Thoughts at 12:00 AM