#NASW13 Spotlight: The Only Exception by Magan Vernon (Teasers) 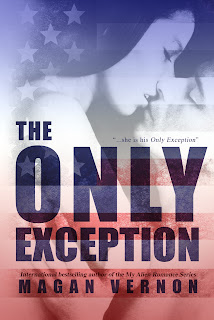 The Only Exception
by Magan Vernon
Published April 9th 2013

Fiercely liberal Monica Remy prefers to blend in. Despite her tattoos, piercings, and outspoken personality, she transferred to Central to escape—before she finds out that her next door neighbor is the uber conservative governor's son, Trey Chapman.

No matter how hard she tries to avoid Trey, he still finds a way to get under her skin. Monica can’t stand his crisp white shirts or his staunch views on women. But she can’t help counting every freckle on his face and wondering what it would feel like to have him stop talking politics and kiss her.

A class debate project forces the unlikely pair to work together, and the political lines are blurred in late-night make out sessions. But despite their fiery chemistry, Trey’s politics threatens to smother their relationship for good. 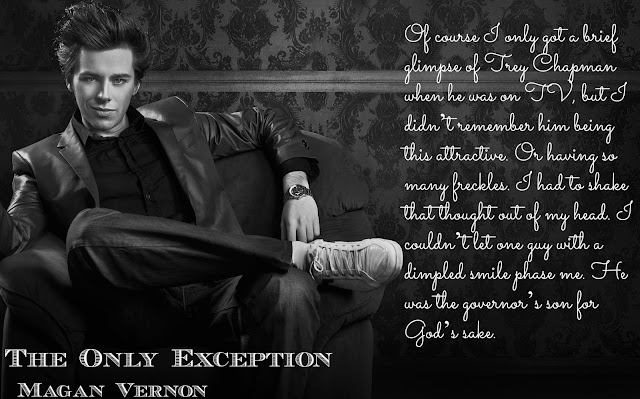