“I had my first psychic dream when I was nine. Psychic implied power, and powerful wasn’t a word I’d use to describe myself. I couldn’t foretell the future or conjure visions at will, but I couldn’t think of a more fitting word to describe what I sometimes saw in my dreams.”

For 23-year-old Mackenzie Hill, tossing her life down the garbage disposal is easy after a painful incident shatters her life. Her heart is bleeding, and moving to Watcher’s Point is a chance to start anew, only she isn’t prepared for the guy who walks out of her dreams and into the flesh. Literally . . . because she’s been dreaming about this sexy stranger for years.

Mackenzie is even less prepared to face the dark nature of her dreams. They’ve turned disturbingly gruesome, full of blood and murder, and when they begin to coincide with the media’s headlines, she and Aidan realize her visions might be the key to stopping a madman from killing again.

Only Aidan has painful secrets of his own, and perhaps the biggest danger of all is falling for him.

I awoke in murky stages, the first being a nauseating sense of movement. The second was the realization that something was wrong. Horribly wrong. The third was the clearest and the most horrifying—my wrists were tied together, as were my ankles.

A low groan vibrated in my throat as I pulled at the bindings. Despite the persistent throb at my temples, I focused on the misty recollections; the wafting fog on the highway, the beam of a flashlight, and the splintering sound of glass.

I forced my eyes open and met total blackness. My cheek rested against the floor of what I assumed was a van, and a putrid smell burned my nose—an odorous mixture of mildew and bleach. I held my breath as the vehicle bounced over uneven ground, and my ribs hit the floor hard with each lurch.

Where the heck am I?

My heart beat out of control as I tried to remember, but I drew a blank. I couldn’t recall anything beyond a blinding light and an explosion of pain in my head . . . then nothing.

“Don’t panic,” I chanted in a whisper as I tested the rope. Come on! I slid my wrists back and forth, and the knot loosened the slightest bit as the van came to a violent stop. The engine shut off, and I didn’t dare move or make a peep. A door creaked open and then slammed with an echo. I ceased to breathe as his footfalls drew closer, crunching on gravel with each step. I counted them.

Keys jingled from the other side, and the handle squeaked and turned. The van dipped under his weight as he entered. I wished I could see him, but I was lying on my stomach . . . completely vulnerable.

“Where am I?” It wasn’t the question I wanted to ask—the one I could barely think of.

What are you going to do to me?

My body went rigid as he came near. He rolled me to my back with rough hands, and his silhouette loomed large, a dark shadow blocking the soft light of the waning moon. He shifted, causing the moon’s beam to glint off the cigarette lighter in his hand.

“No . . .” My plea came out a squeak, an ineffectual cry for mercy. I was only an object to him, something to torture and kill for his perverse pleasure.

I squeezed my eyes shut and yanked at the rope, ignoring the pain biting into my wrists. Hysteria wouldn’t help my situation, so I held it in. In fact, from what I knew of the Hangman, my cries and pleas would only heighten his pleasure . . . his arousal. Vomit burned in my throat, accompanying the rancid taste of fear, but I forced my eyes open anyway.

He sparked the lighter to life, and the flame illuminated his face. His eyes peered at me, two expressionless voids holding no remorse for what he’d done to all of those other women.

For what he was about to do to me.

His expression was so empty—distorted into something unrecognizable—that it took me a few seconds to realize who towered over me. I couldn’t comprehend what I was seeing.

“Why?” My voice broke on the question, but he didn’t answer. A tear slid down my cheek as acceptance nicked at my composure. I wasn’t getting out of this. Aidan would find my body—I didn’t know how I knew, but I did. The bastard would dangle my death in front of him like a trophy. A muffled sob escaped. Not panicking was impossible.

For all the times I’d witnessed the murders of other women in my dreams, I’d failed to see my own. 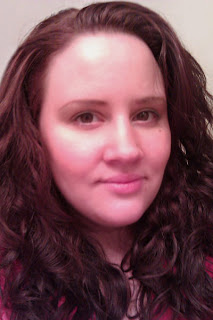 Christina Jean Michaels was born in Paradise, California, but she has found the true home of her heart in Eugene, Oregon where she finds plenty of inspiration for storytelling.

When she was young, her mother said she hated words. Now she can't imagine not writing. She became an avid reader when she was thirteen and discovered the world of Sweet Valley High. About a year later she realized she could play God and write about her own characters. She has been writing in some form ever since.

She lives with her husband and their four children—three rambunctious UFC/wrestling-loving boys and one girl who steals everyone’s attention. 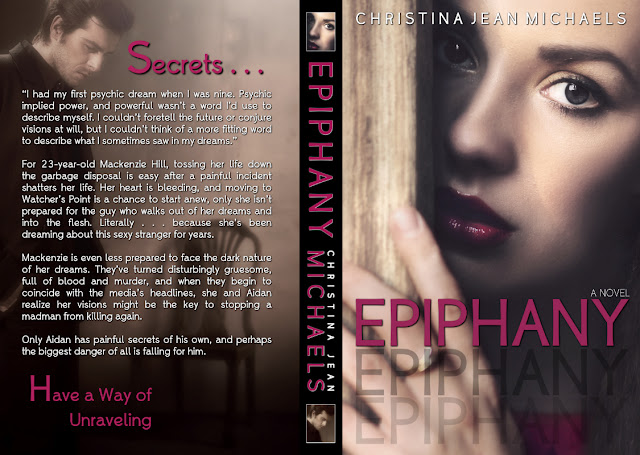