This is Forever by S.A. Price – Teaser and Giveaway! #NASW13 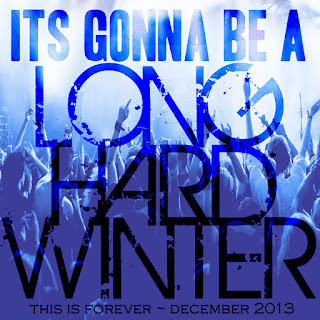 Ok so todays's teaser is an excerpt (unedited) from the actual book THIS IS FOREVER. 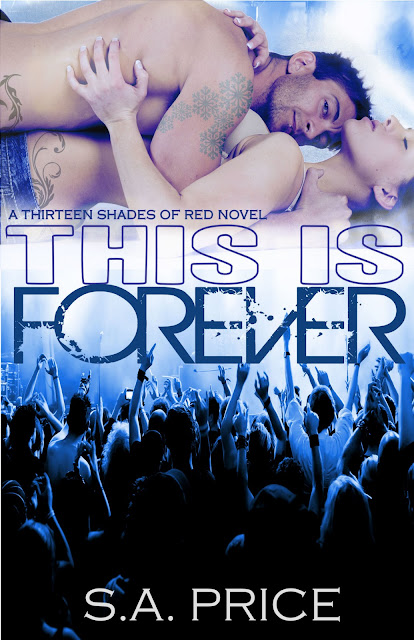 Lola sailed through the lobby of Night, her usual NY home away from home and made it to the elevator to her suite in seconds. How she managed to get through the fans that were milling about was anyone’s guess, but she was grateful for the ability as she was in no mood to play the “Sexy lead singer”. Sometimes she just needed to herself, and after the insane dinner with Toro and Stanton at Max Brenner’s, where they consumed more chocolate then should ever be possible, all she wanted was a hot cup of tea, her comfy pajamas and her book. Maybe a bubble bath in the amazing tub her suite had.

Yes she thought, yes that’s exactly what was in order. She was feeling like a slug, the sugar shock taking over. Some time to relax was exactly what she needed, to reconnect, and re-center now that she felt more like her old self. .

Decided she slipped through the doors of the elevator as it opened on her floor and stopped dead. .

“I’m pretty sure you need a key card to get to this level,” she said as she walked forward, her eyes on Winter, who was leaning against the door of her suite, head down, hoodie unzipped, messenger bag slung over his shoulder, and hands in his pockets. Yes he looked unassuming, which was probably his intent, but she knew him just by the way he was leaning. Winter Tulane did relaxed like he wrote the book on it. .

She waited for him to answer her, taking in his entire being. His jeans were dirty washed, fitted but only in the right places, where things were supposed to fit snugly. Old school puma’s in baby blue, bullet belt, the exact one she bought for him once upon a time. His t-shirt was non-descript, and in the light looked burned out in places, but then again it was the style. .

Lola stopped walking forward. “How? And how the fuck did you get up here without anyone stopping you?” .

Eyes the color of maple syrup fixed on her, and she stifled a shiver. Any time the boy’s eyes were on her she felt raw, exposed, like he was seeing to her soul. The intensity of his gaze wasn’t any different now, but it was more refined, if that was even possible. He smiled, the left side of his mouth lilting just a soft inch higher than the right. It was the lopsided grin that got her forever ago in the park, and it seemed it still worked. .

Winter’s eyes left her and fixated on the card he was still twirling. “Abby at the front desk. She’s a fan. I bartered. Two VIP passes for a key to the penthouse.” .

Lola raised a manicured brow. “One of your girls?” she asked, trying and succeeding in keeping the venom out of her voice. .

Winter shook his head. “Tosh’s from our first tour out this way. Like I would hit up someone I nailed to get up here to see you.” .

“Mushy?” he asked and slipped the card back into his pocket. “And that means?” .

She ignored his question. “Why are you here? Wasn’t my behavior enough of a hint at Sally’s?” .

Winter chuckled. “You think it’s that easy to stop this…” he motioned between the two of them, “You got another thing coming.” .

“There isn’t anything between us Winter. Not anymore.” .

“Oh please. Is this were you tell me every girl since me was me and you need me back?” .

Winter pushed off the wall and stalked towards her. “Fuck no. To be you would mean I would have to respect them, and that’s kinda hard to do when they gladly participate in any depraved thing I can think of. So no, I’m not going to pull that line of bullshit on you. I used them to forget you, or replace you, neither of which worked.” .

“Oh yeah?” she said with fake bravado. He was closer now, and she could smell the delicious scent that was uniquely winter, all warm sunshine and spice, and her knees were getting weak. .

Yes, she was going to let him seduce her now that she could and not have the repercussions, but his audacity, his fucking ego, would have to be put in check. All the girls after her and before now really fed his self importance, but it was his self worth she wanted to touch. She knew he wasn’t lying when he told her he had no respect for them, if he did the stories she had heard about Winter from the road would never have happened. Of course, the girls were really responsible for letting it happen. What guy wasn’t going to conduct his own personal letters to penthouse if he had scores of willing women? .

And the women were willing to be his freaky play things. The stories….

But she wasn’t going to let him know that. Stories of her own exploits were greatly exaggerated, so his could be as well, but something told her….

“Yeah.” He stood in front of her, and bit his bottom lip. “You look amazing.” He whispered and leaned in and planted a kiss on her cheek. .

Why was it he could get her to melt with the smallest of offerings? He moved back and looked her over slowly. .

“So you just thought you would pop over and… and what, exactly?” .

He stepped back another two steps and grinned. “Honestly? I missed you.” .


Naughty sexy Winter. How would YOU like a Merch Pack from the books? Message me at: blueflamesabove@yahoo.com with your snail mail addy and we will send you some awesome goodies including pins, bookmarks, trading cards, and maybe even a keychain!

Next Month... another sexy as hell Teaser Photo and a Video! 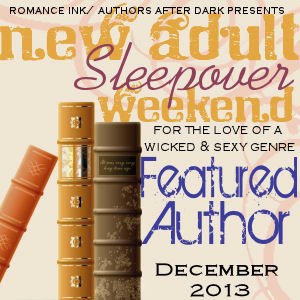