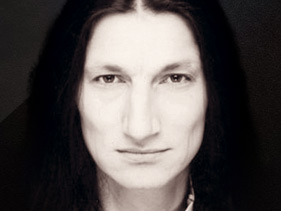 Stephen R. Hart is playing the part of Brother Jeremiah in 'City of Bones'!


“The Silent Brothers are archivists, but that is not all they are,” interrupted Hodge, sounding as if he were running out of patience. “In order to strengthen their minds, they have chosen to take upon themselves some of the most powerful runes ever created. The power of these runes is so great that the use of them—” He broke off and Clary heard Alec’s voice in her head, saying: They mutilate themselves. “Well, it warps and twists their physical forms. They are not warriors in the sense that other Shadowhunters are warriors. Their powers are of the mind, not the body.”

Brother Jeremiah, who brings Clary and Jace to the Silent City, is:

Dude seems appropriately creepy to me. Also he will be buried under pounds of makeup and robes. Interested to see how the Silent Brothers turn out visually.